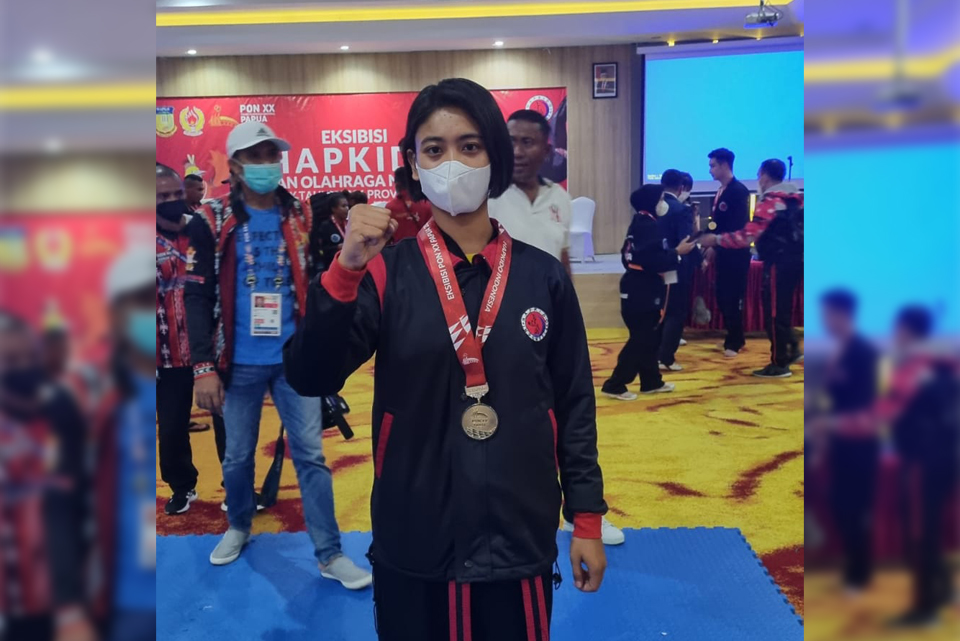 The gold medal for Lampung was presented by Dio Oktavianus under 58 Kg who in the final won over the West Sumatran athlete with a score of 24-8. Then in the 62 Kg class, Yansa Eko Sugiono who appeared fiercely and aggressively also won over West Sumatra by Knock Out in the second round.

Meanwhile, Tiana Silviani in the 51 Kg class in the final round won over athletes from Maluku with a score of 23-8 and Yunita Sari in the 59 Kg class presented Lampung’s fourth gold after winning over the Papuan Athletes in the final with a landslide score of 29-1. One of the athletes from Lampung, Tiana, who is also a student of the Informatics Study Program at the Universitas Teknokrat Indonesia, expressed her gratitude for the gold medal in the XX Papua PON.

The achievements he has achieved cannot be separated from the fruit of his enthusiastic and focused training. “I feel this is a success from the training that I have done so far. Hard training and focus will pay off,” said Tiana. Facing PON XX Papua, this Hapkido athlete who was born in Seputih Raman, Central Lampung, February 16, 2001, did not stop practicing.

Mahathir admitted that he was very proud that students who excel in sports were able to compete in the XX Papua PON. Mahathir assessed that PON is a very prestigious national sporting event. “The achievement achieved by Tiana, a student at the Universitas Teknokrat Indonesia, became the best and brought the name of Lampung to the national arena by winning a gold medal. Once again, congratulations to Tiana who won the gold medal at the XX Papua PON,” said Mahathir.