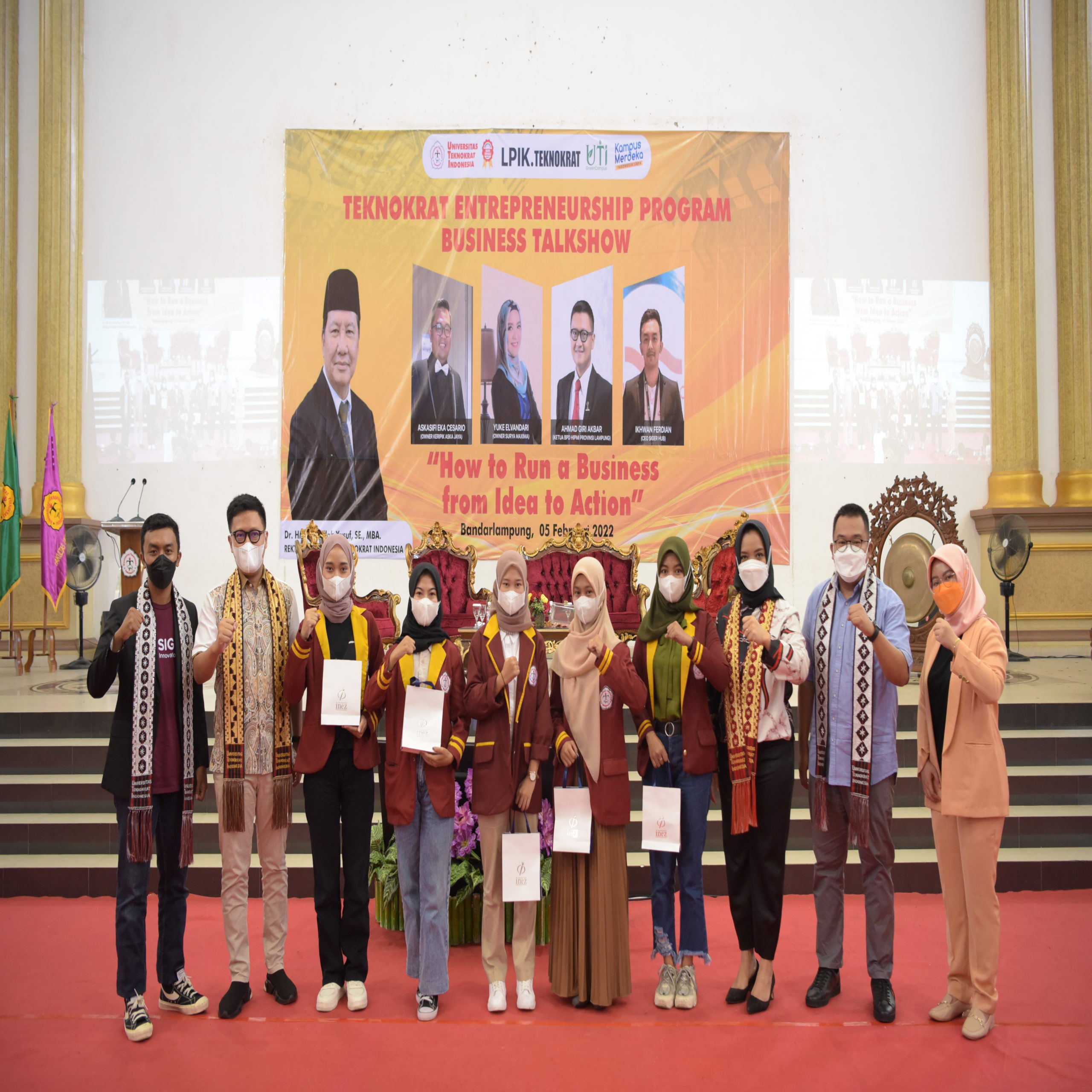 Yuke said, in business, starting is the best step than just an idea. He said, the problem with young businessmen is that they quickly get discouraged or give up easily. Just step 1-2 times and encounter a problem, immediately back off.

“The attitude of running a business has mostly gone up then quickly satisfied and reluctant to go to the next ladder,” said Yuke.

Yuke gave input to increase the network during lectures. The college period can be used as widely as possible to build a network. Yuke said that when he was in college, the wall magazine was an information center. All lecture information is on the wall magazine. This makes the mading read by all students. In addition to information, there are also advertisements for laundry and computer or laptop services. Yuke then remade the advertising information in a more interesting form. He just changed the phone number in the announcement with his cell phone number.

From there he got a lot of networks. He gets a commission from every customer that he directs to laundry, computer and laptop service and other businesses. However, Yuke cautioned that this method is not used by current students. He only takes an example in expanding the network. “That doesn’t have to be imitated. I’m just giving an example of how on campus we can increase our friends and network,” he said.

Ikhwan Ferdian, CEO of Siger Innovation Hub, said that business requires innovation, cooperation and growth. Starting a business with all the skills one has is certainly rare. Therefore, when we want to do business and we only have certain skills, invite other people to work together. “You can’t handle it yourself, you can’t do it yourself. It’s a long time. So work together. It is the same at Siger Hub, filled with people who work with them, each of whom has their own talent,” he said.

Head of BPD Hipmi Lampung, Ahmad Giri Akbar, said, don’t have high expectations when starting a business. He argued that there is Pareto’s law. According to him, there are 1 out of 10 businesses that survive more than 3 years. In business, there is 1 surviving unit out of 100 born. In the corporate world, out of 1,000 only 1 survives. In today’s world, only 1 in 1,000 start-ups exist.

Giri explained that business needs to be explored, and don’t look at the good stuff. Businesses must also be based on market data. Giri added, every entrepreneur starts from a different level and has different privileges. “Hold on, start right now, start from what we can, and start from what we have,” he concluded.

Vice Chancellor of the Universitas Teknokrat Indonesia Dr. H Mahathir Muhammad, SE., MM. said, the talk show about entrepreneurship is considered important to generate entrepreneurial motivation. He said that the speakers could ignite knowledge and motivation to do business from Teknokrat students. Despite the many challenges of being an entrepreneur, Mahathir believes that Teknokrat students can realize their dreams of becoming successful businessmen.

Mahathir explained that the speakers had provided extraordinary material. They provide knowledge so that the entrepreneurial knowledge of Technocrat students is deepened. Mahathir wants this talk show to shape the basic character of students to become genuine businessmen.