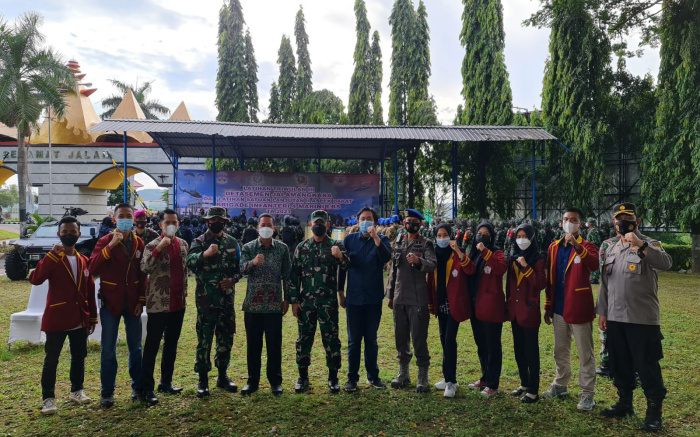 The involvement of the Best PTS Universitas Teknokrat Indonesia in Sumatra attracted the attention of the officials present.

Advanced unit training on the ground aspect in collaboration between Denjaka and the 4 Mar/BS Infantry Brigade in 2021. With the scenario of releasing the governor who was held hostage by the terrorists.

Marine Colonel Eddy Setiawan said that this exercise was carried out at the order of the TNI Commander through Kasal to Dankormar with the aim of increasing the professionalism of Marine Corps soldiers and supporting the government’s program for vaccine attacks in overcoming the Covid-19 pandemic.