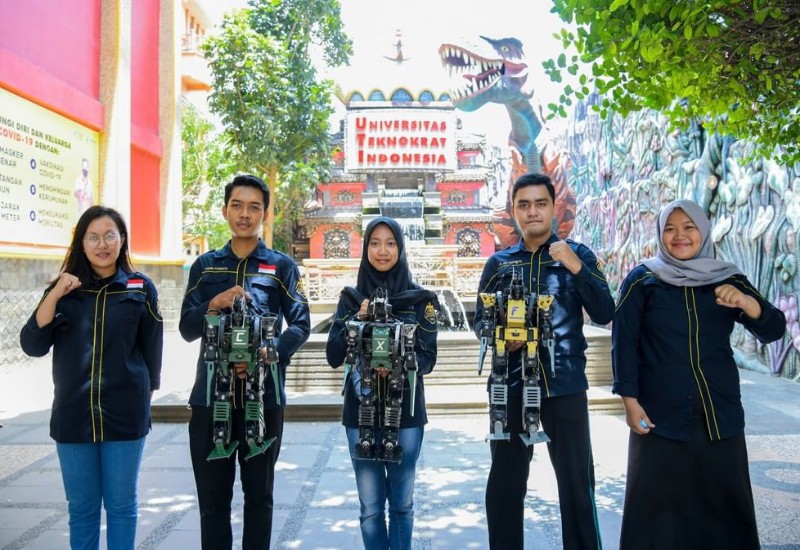 The best PTS in Sumatra, in the 2021 KRI competition with UGM as the host, sent three divisions.

The 2021 National KRI is organized by the National Achievement Center of the Ministry of Education and Culture. Acting Head of the Center for National Achievement Asep Sukmayadi said the KRI 2021 was held in order to encourage the improvement of student achievement, academic ability, insight and love of robotics ademi. Preparing superior human resources in the future and being able to innovate and be creative in the era of the industrial revolution 4.0.

In connection with this, the leaders of higher education institutions should notify students in their respective universities to prepare KRIs that have passed the selection.

The following are the Robotics Division Team of Universitas Teknokrat Indonesia that will participate in the National KRI in 2021.

Deputy Chancellor I of the Universitas Teknokrat Indonesia Dr H Mahathir Muhammad SE MM responded positively to the achievements. He said, the campus nicknamed the Champion Campus did have many achievements in the fields of technology and robotics.

Therefore, this achievement is a series of coaching in the field of robotics. He hopes that there will always be new innovations so that achievements are always achieved to be the best.

Mahathir said this robotic technology must also be easily applied by people who need it. Because, the essence of technology is to facilitate the affairs of citizens. That is the challenge in the future so that people can also access this technology easily.

If it is realized, it means that the campus is able to become a solution that is needed by the community, including the industrial world.