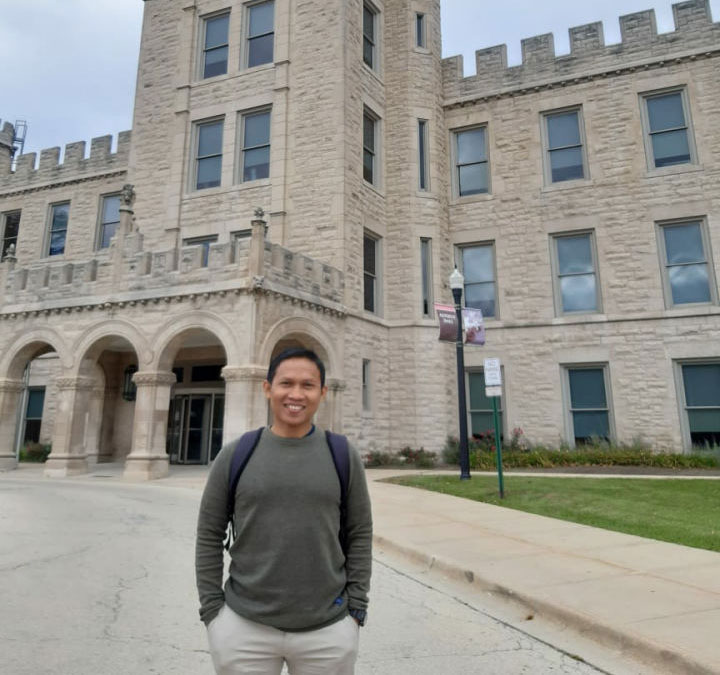 Bandar Lampung, – “Prioritize the Indonesian language, preserve regional languages, and master foreign languages”. This slogan colors the linguistic treasures in the archipelago. However, have you thought about the extent to which local languages ​​are preserved? Forgotten, abandoned, until finally extinct.

Lampung has a language (known as Lampung language) which is divided into two main dialects (api and nyow). Each dialect has different characteristics, various sub-dialects and has a writing system in the form of letters. This shows that the Lampung language is rich in linguistic elements when viewed linguistically.

In addition, geographically, Lampung Province is a transit area (stopover) between the islands of Java and Sumatra, especially the land route. In addition to the natives, the people who live in Lampung come from various regions outside the province of Lampung, so it can be said that the people of Lampung have blended various ethnicities, cultures, and languages.

Having a variety of languages ​​and being a transit area affects the use of the Lampung language. In the fields of commerce, government, and even daily communication, people tend to use Indonesian.

Regarding teak speakers, in 2017, a study that examined the language attitudes of students (Lampung native speakers) concluded that the majority of informants had a negative attitude. In a sense, they tend to use Indonesian, both when talking to their parents and relatives at home or in public places as well as when talking to friends who are also of Lampung ethnicity.

Likewise, according to Moseley, that Indonesia has 146 endangered languages, one of which is the Lampung language. Furthermore, there are also other problems related to research on the linguistic elements of the Lampung language. Arka found that from 1975 to 2007 there were 335 regional grammar studies and only 9 Lampung grammar studies were recorded. This means that research on Lampung grammar is still limited.

Basically, from the facts mentioned above, it can be concluded that there are four factors that influenced the extinction of the Lampung language, namely transit areas, language diversity, population of native speakers, language attitudes, and limited studies. The complexity of these triggering factors is clearly visible before our eyes. So let’s try to save it.

The efforts that can be made include:

In closing, this is the time for us Lampung people to unite and echo “For You, My Lampung”. [Dr Afrianto, SS M.Hum, Lecturer at the Universitas Teknokrat Indonesia]