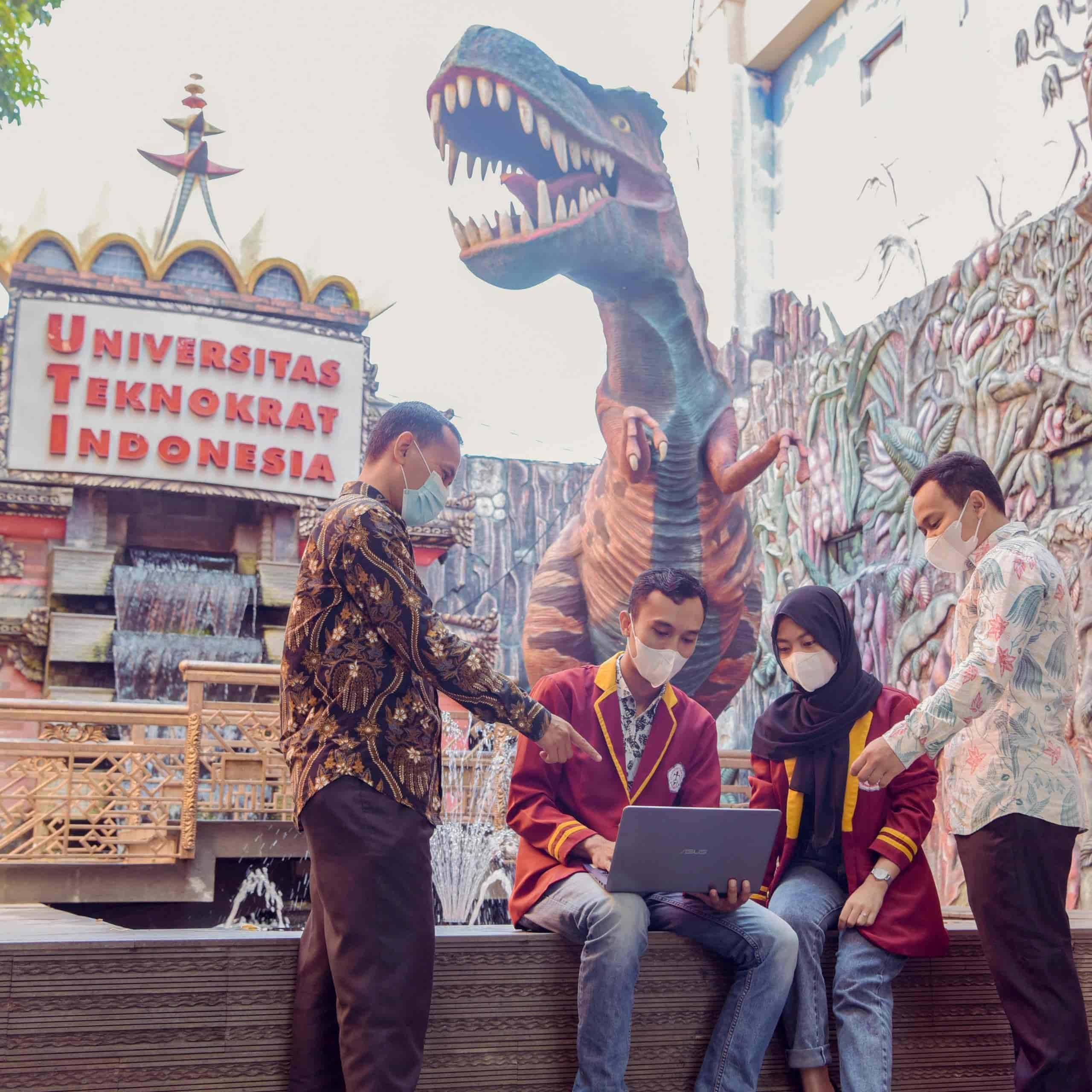 ASEAN’s Best Private University Universitas Teknokrat Indonesia, Lecturers and students always work and innovate in the field of information technology. This time, his work and innovation have been registered with IPR and have received a certificate.
Information technology, which is increasingly advancing and developing all the time, has a very important role in all aspects of life. One aspect of technology that is being developed is internet technology that can build navigation applications that can help users to find locations. Geographic Information System (GIS) is a location-based service that can be described as a service that is at the confluence of three technologies, namely Geographic Information System, Internet Service, and Mobile Devices. By utilizing GPS technology, this GIS system can be used to determine the position based on the geographical point of the user’s location and the intended location, to implement this GIS, you can use the internet network. One of the location searches that can be done is searching for souvenir shops typical of Lampung.
Recently, students of the Information Technology S1 Study Program and S1 Information Systems Faculty of Engineering and Computer Science (FTIK) Universitas Teknokrat Indonesia created an innovative work in the form of a “Geographic Information System for a Typical Lampung Souvenir Shop”. The work was developed based on the problems encountered in the community, especially Bandar Lampung City. Based on the observations made, the public and tourists still have difficulty in knowing the location and information of the circulating gift shops. Lack of information and knowledge about the location of the gift shop makes the public or tourists only visit the nearest shop or those suggested by friends and people around. As a result, other lesser known gift shops are rarely visited.

Lecturer at Universitas Teknokrat Indonesia Champion’s Green Campus, Andi Nurkholis, M.Kom. said that the idea of innovation arose and was created based on the problems that existed in the people of Bandar Lampung City, where there was no information media that summarized the gift shop and the route to the store. In fact, it is very important for MSME gift shops to further increase and disseminate their sales. This increase of course will also affect the growth of the tourism economy in Bandar Lampung City.
“The solution to the existing problems is the need for the application of Information Technology in information media for souvenir shops in Bandar Lampung City, so that the idea of innovation of geographic information systems for souvenir shops is typical of Lampung, which is suitable for the needs of the community, especially tourists. For students, this is also a very appropriate means to hone their soft skills/expertise even better, especially in the field of system development based on real problems”, explained Andi.
According to Andi, a lecturer at Universitas Teknokrat Indonesia, students are problem solvers who have critical thinking, which means they are able to think critically about their surroundings. If there is a problem, students are actually able to identify it, then solve it quickly and precisely. Like the geographic information system that has been created, it is clear evidence that the students of Universitas Teknokrat Indonesia are able to analyze the problems of the surrounding community which then generate innovative ideas to solve them. As an FTIK student Universitas Teknokrat Indonesia, of course, one’s competence is being able to master the application of the latest technology, especially in the field of software engineering which is directed to become appropriate technology (TTG). This is a representation of the soft skills/hard skills possessed by FTIK students at Universitas Teknokrat Indonesia and is suitable for holding a Bachelor’s degree in Computer Science.
The results of the innovations that have been created are then registered as Intellectual Property Rights (IPR) so that they can provide wider benefits to the community, in particular it will provide exclusive and economic rights for the creators if other parties want to produce and commercialize the product. As a result, the work of GIS students from Universitas Teknokrat Indonesia can continue to be developed and used more widely, not only for souvenir shops in Lampung, where in the future it will be possible for other areas as well. As is known, IPR is a Copyright granted to creators based on products that have been developed in recognition of the innovations that have been created, by the Directorate General of Intellectual Property of the Ministry of Law and Human Rights.