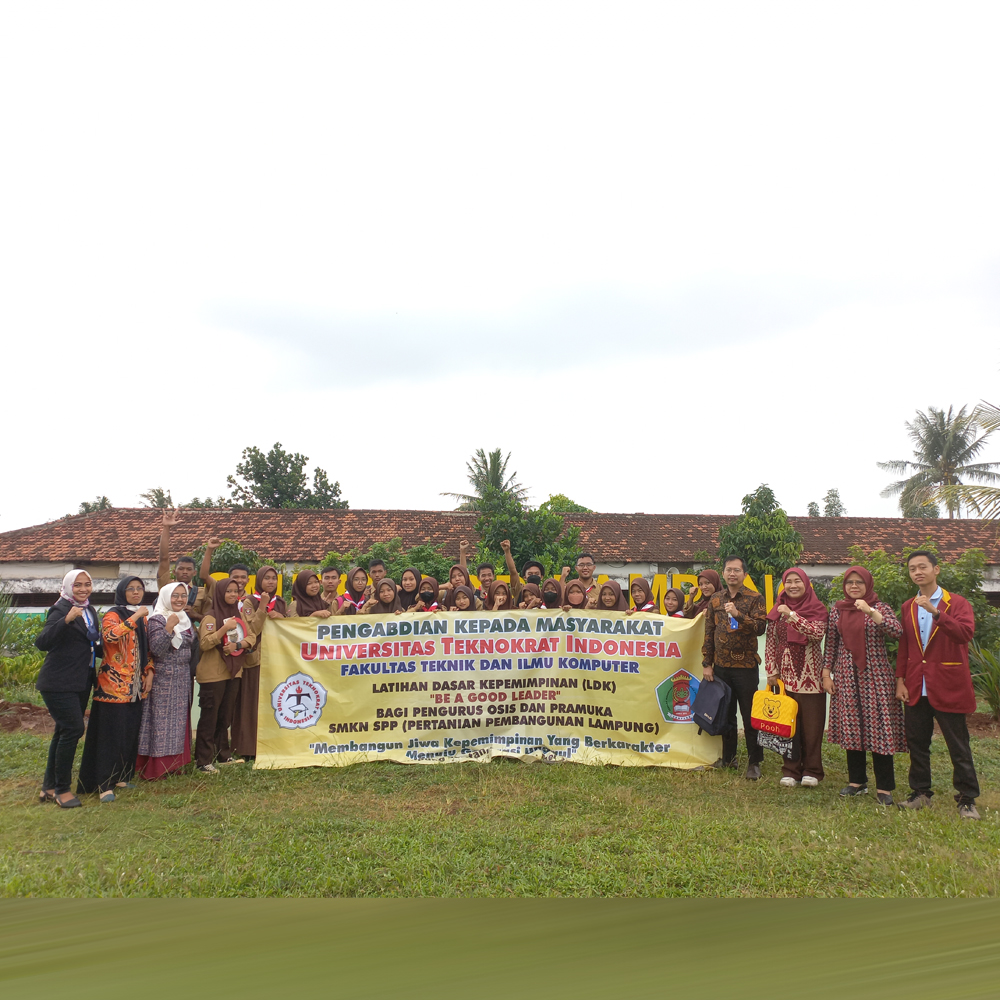 The Headmaster of the SMK Negeri SPP Lampung, Junaina, said that this activity is expected to be a training forum to change and transform oneself to become a quality leader for the organization. Soft skills play an important role to support the ability to communicate, namely in public speaking.

Through the PKM program of the target schools, Rusliyawati as the Chief Executive of the PKM team explained that the training participants are expected to become more dynamic professional presenters. Through public speaking training, participants learn how to act as a Master of Ceremony (MC) and Moderator, use the power of voice and intonation when hosting events, utilize appropriate gestures and body language, and speak inspiring and captivatingly. In addition, participants were also guided with various techniques and tips to eliminate the fear of speaking in public, lighten the atmosphere and give color to the ongoing event, added by Muhammad Fithratullah as a speaker.

Furthermore, Tien Yulianti as the speaker said that being a moderator of preparation is the main key to achieving success. Preparation can be done by looking for information about the fields of science discussed, resource material, and drafting. After ripe for preparation, next is show time in the form of technical, greeting, content, and closing. If the ability to speak in public has been grasped, then becoming a moderator is an easy thing.

The chairman of the Intra-school students’ organization of SMK Negeri SPP Lampung, Putra Agustiawan, said that the benefits of this activity were immediately felt where participants were invited to explore the basic ins and outs of MC and moderators from public speaking to how to become a good public speaker. In addition to gaining knowledge, participants did direct public speaking practice as MC and Moderator, and were given direct feedback by the presenters regarding the advantages and disadvantages of the participants’ practice, said Nia Risti H as Pradana Putri.

Mr. Mahathir Muhammad, the Vice-Rector of the Universitas Teknokrat Indonesia said that public speaking ability is one of the important skills to have as student council administrators and Scouts who often carry out discussion events both internally and external to the school, through this training the ability will be further improved.