THE RECTOR OF THE UNIVERSITAS TEKNOKRAT INDONESIA, “INDONESIAN INDEPENDENCE DAY CELEBRATION AS A MOMENT OF RAISING INDONESIA AND THE WORLD OF EDUCATION” 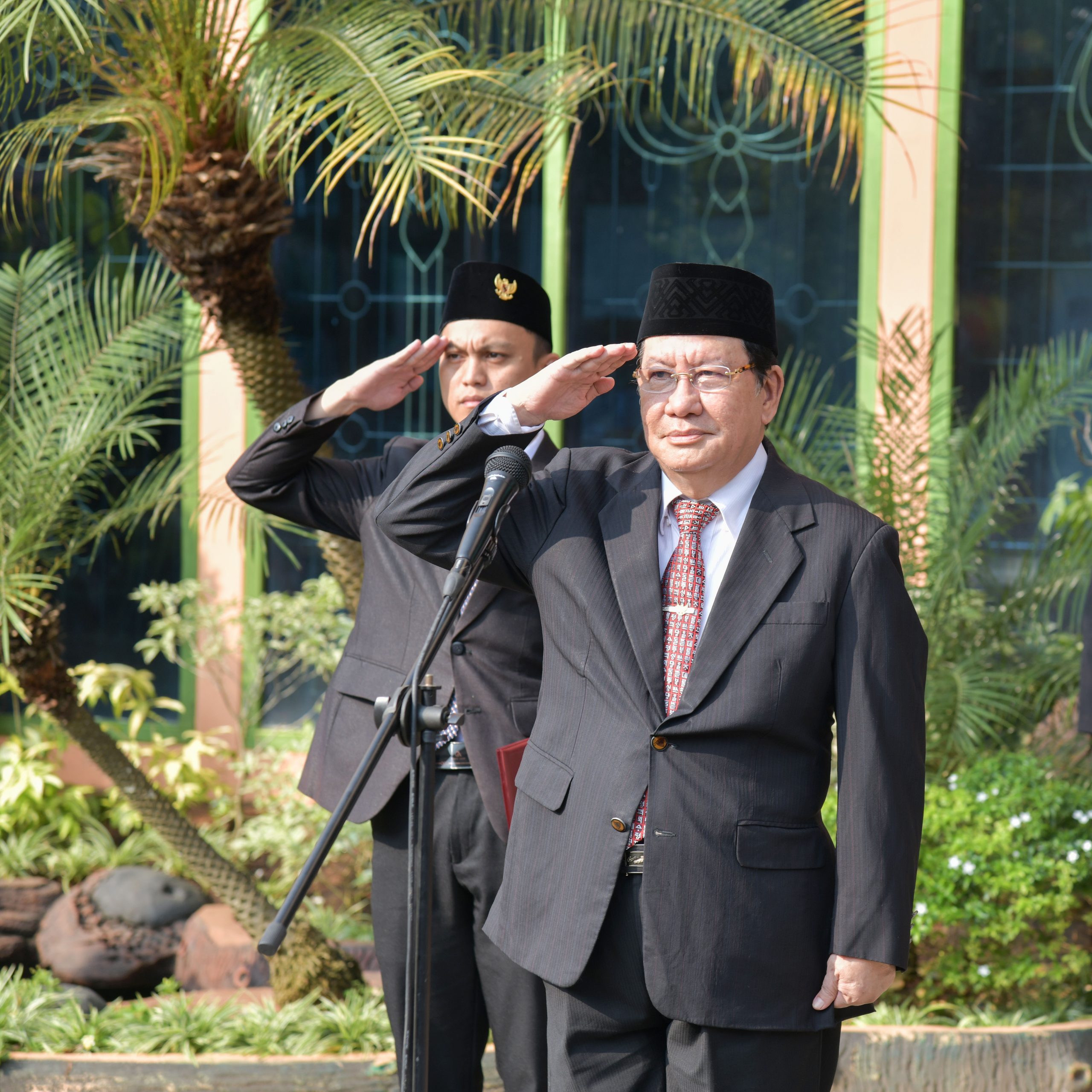 The Rector and the Universitas Teknokrat Indonesia (UTI) The ASEAN’s Best Private University held a ceremony to commemorate the 77th anniversary of the independence of the Republic of Indonesia on Wednesday, August 17, 2022, on the local campus yard.

In his mandate, the Rector motivated all parties to interpret this independence by actively participating in development. In the context of education, the Chancellor also said that the campus strives to be strong, rise, and competitive to prepare graduates who are ready to work as professionals and businessmen who open businesses for the community.

Mr. Nasrullah said that the pandemic over the past two years should not slow us down. Therefore, Mr. Nasrullah invites the Universitas Teknokrat Indonesia academic community to be tough and tough in facing global competition. For that, Mr. Nasrullah asked all lecturers and students and the full support of the foundation to have competitiveness. This competitiveness will leverage our competence to be better than others.

Mr. Nasrullah also supports the government’s program so that we can recover faster, and rise stronger.

Mr. Nasrullah believes that his party can raise the nation’s education and be competitive.
“What we raise is educating the nation,” he said.

Mr. Nasrullah said all parties must be ready to face this post-pandemic endemic period. Including in the realm of education. All must be ready to return to face-to-face learning and absorb lessons on campus so that there is the interaction between teachers and students.

Mr. Nasrullah was convinced that Universitas Teknokrat Indonesia has the capacity for that. Because from the beginning he invited all lecturers to give the optimal for their students.
Thus, the hope to become a competitive campus can be realized, especially after UTI obtained UniRank’s ranking based in Sydney, Australia, for the size of PTN and PTS in Indonesia, in position 15.
“Happy Indonesian Independence Day, Happy Republic of Indonesia,” concluded Nasrullah.