AGAIN, ALUMNI OF UNIVERSITAS TEKNOKRAT INDONESIA IMPROVES HIS CAREER AT ONE OF THE BIGGEST BANKS IN INDONESIA 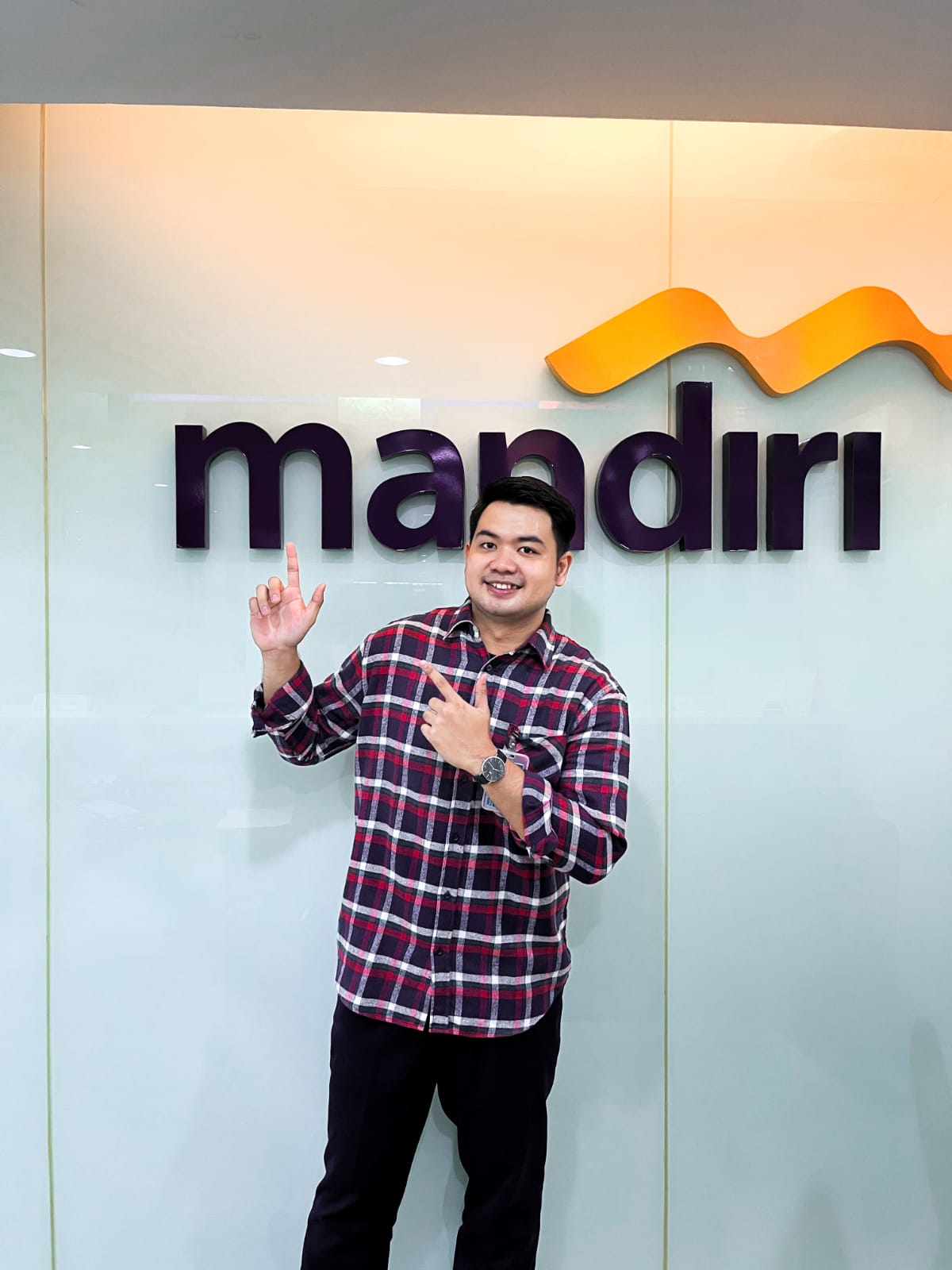 Teknokrat Indonesia University, which has entered the ranks of the Asean Best Private University, prepares graduates who are ready to work, in accordance with the Vision and Mission that has been developed, one of which is to produce graduates who have superior competencies.

One of the alumni of Teknokrat Indonesia University, Deas Andrian Dwi Jaya, is now working at PT Bank Mandiri Persero. He was once placed at the Tulangbawang Sub-Branch Office.

However, Deas will be rotated to the Way Halim Sub-Branch Office, Bandar Lampung. Deas is in charge of providing services for cash deposits, cash withdrawals, transfers, and in connection with all transactions at Bank Mandiri.

Deas Andrian Dwi Jaya Career at PT Bank Mandiri Persero admits Personality Science Forms Professional Work Attitude, which he obtained while studying at the Champion’s green campus. Not only a champion in college achievement, but a champion in the world of work, said Deas.

Deas had a Good and Strong impression while studying at Teknokrat Indonesia University which was recently confirmed as the best private university in ASEAN.

Deas explained, there are many things that can be taken from an academic or non-academic perspective, all the knowledge that I got earlier can be applied in the workplace now.

Deas admitted, in terms of communication, dress, and relevant academic knowledge, Deas received during his studies at the Best PTS Teknokrat Indonesia University.

Deas expressed his gratitude to Teknokrat Indonesia University for making itself better and able to develop in the world of work.

Deas said that Deas is accustomed to a timely work rhythm, optimal at work, and has a mission to complete all work with excellent results.

Deas also did not forget to invite him to join the best private private universities in ASEAN because it is through this university that Dias can become the person he is today.

Teknokrat Indonesia University does provide personality knowledge to all students. With the hope, when working or opening up employment opportunities, they are able to carry out their activities optimally. This includes polite, elegant and customer-satisfying attitudes and behavior, said Mahathir.

Teknokrat Indonesia University, provides all useful knowledge and can be practiced at work. Therefore, he asked all the academic community of this campus to be committed to maintaining the quality of lectures. Including putting forward a personality that becomes an example for others, said Mahathir. (Teknokrat)