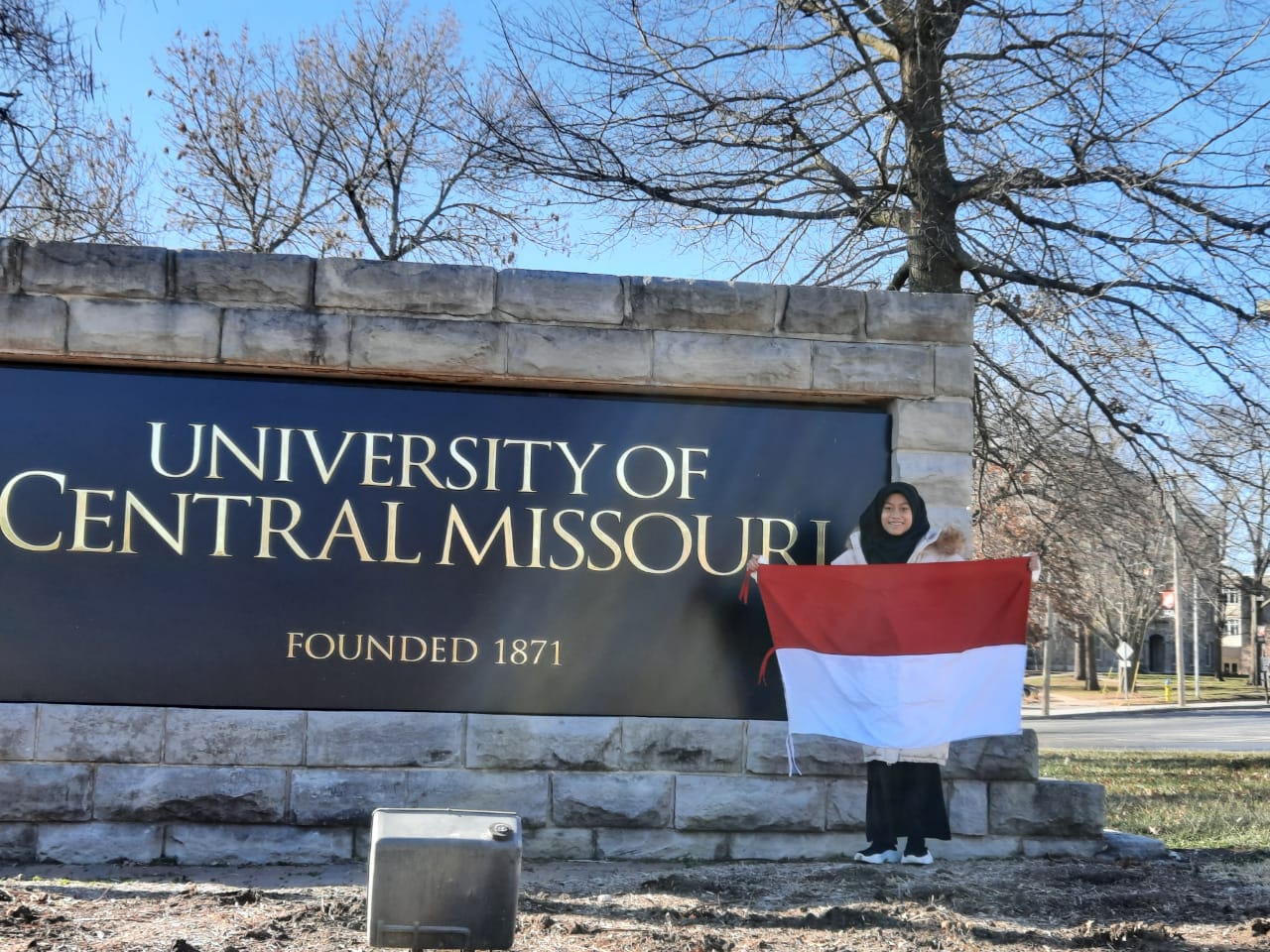 On her chance at the University Central of Missouri Campus, Vina proudly raised the Indonesian red and white flag in her campus area.

Vina, a student at Universitas Teknokrat Indonesia, writes a novel

Precisely on the campus of the University Central of Missouri. In the midst of busy lecture activities, Vina still finds time to channel her old hobby, namely writing.

Vina has even found the right title, Vina told me, the book she wrote was about to be titled Love Blooms at Namsan Tower.

The book that Vina wrote is a novel type of fiction

The book that Vina wrote is a fiction novel. Vina has always been active in writing. This novel is paid in installments, one page at a time, in between the hectic activities of the lectures taken this semester.

Vina in the midst of her busy life doesn’t want to let even a second of her time be wasted. Apart from studying, talking with his college friends from various countries, visiting libraries and other tourist attractions, he also still maintains his literacy.

In addition, Vina is also interested in books with the theme of self-development or self-improvement. Vina assessed that such a book was important to write because it would take millennials to motivate and convince themselves to achieve their goals.

Vina said that the millennial generation needs to continue to raise their big dreams. The younger generation must keep their dreams and strive to realize them and make them come true by creating and innovating.

Mahathir wants Vina’s novel to be realized and needed by young people. So that readers in the country can read the essence of the novel. Mahathir is also pleased that Vina has thought of writing a book on the theme of self-development. Because, this will have a positive impact on those who read. Mahathir stated that the campus fully supports all student activities that can encourage progress for the region, nation and state. And Mahathir believes Vina can be an example for the younger generation of students to continue to take part in various fields of life. (Technocrat)