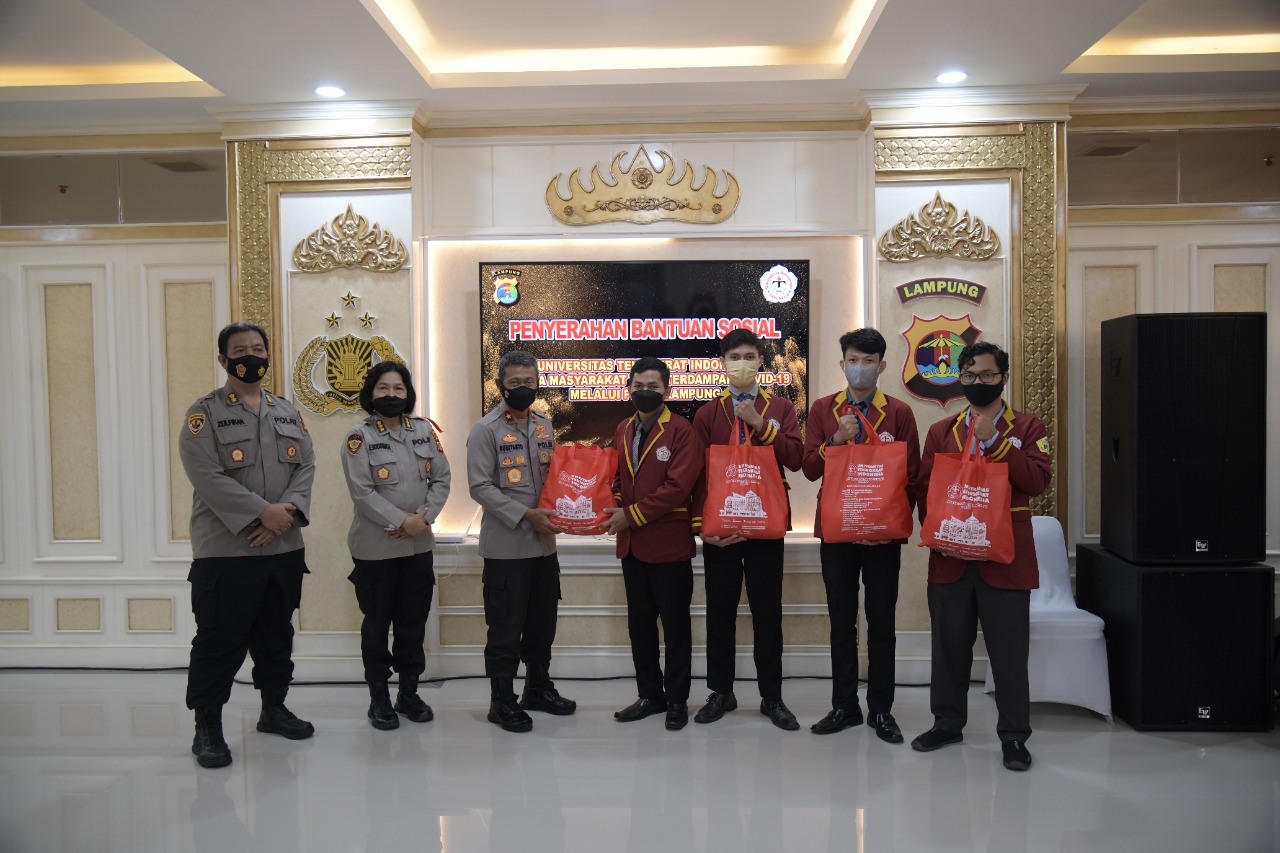 Food assistance from UTI which was handed over to the Lampung Regional Police was 1,500 packages. This assistance, said the Deputy Chief of Police, will be distributed to several areas through the Bandar Lampung Police, West Lampung Police, Mesuji, Way Kanan, and West Tuba Police.
Deputy Chief of Police, Brigadier General Pol Subiyanto, expressed his gratitude to UTI for the umpteenth time by providing assistance to the community through the Lampung Police. These basic food packages will be distributed to people who need them and are right on target.

“We will continue this assistance to the community, who are affected by the Covid-19 pandemic and to people in need. We will distribute it on target to people in need,” said the Deputy Chief of Police.
Therefore, the Deputy Chief of Police, Brigadier General Pol Subiyanto, advised the Chiefs of Police who received the basic food packages, so that the distribution was more targeted to those who were affected by the economy. The total assistance received was 1,500 food packages and some cash for its operations.

The Deputy Chief of Police asked the Chancellor and his staff for help, to participate in socializing vaccinations to the public, both the first, second, and booster vaccines.
Meanwhile, the Rector of Universitas Teknokrat Indonesia, Dr. HM Nasrullah Yusuf, SE, MBA, explained that this is the third time that Universitas Teknokrat Indonesia has asked the Lampung Police for assistance in distributing food packages. Because he feels concerned about the condition of the community due to the Covid-19 pandemic.

“We together with lecturers, employees, and students raise funds as much as possible to help the community. We also appreciate the ranks of the Lampung Regional Police, because they have helped distribute the assistance we provided,” said Nasrullah Yusuf.
The Rector continued, this assistance has been distributed to several areas in Lampung, in Bandarlampung it has been through the City Government, Kedaton Police, and RT around the campus. Although not much help, this shows as a sign of love for Indonesia and Universitas Teknokrat Indonesia students become social students.
Also present to accompany the Rector in the delivery of this assistance were, among others, the Vice-Rector, Dr. H. Mahathir Muhammad, SE, MM, Vice-Rector III Muhammad Najib DS, S. Kom, MT, Vice-Rector IV Achmad Yudi Wahyudin, M.Pd. also, presented and handed over assistance from the President of the BEM of Universitas Teknokrat Indonesia.
While accompanying the Deputy of Regional Police Karo HR Kombes Pol Endang Widowati, a number of Regional Police officers, representatives from city resort Police, resort Police, Bandar Lampung Police, Mesuji Police, West Tulang Bawang Police, Waykanan Police and West Lampung Police. 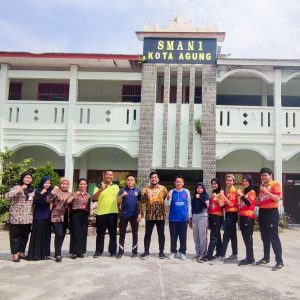