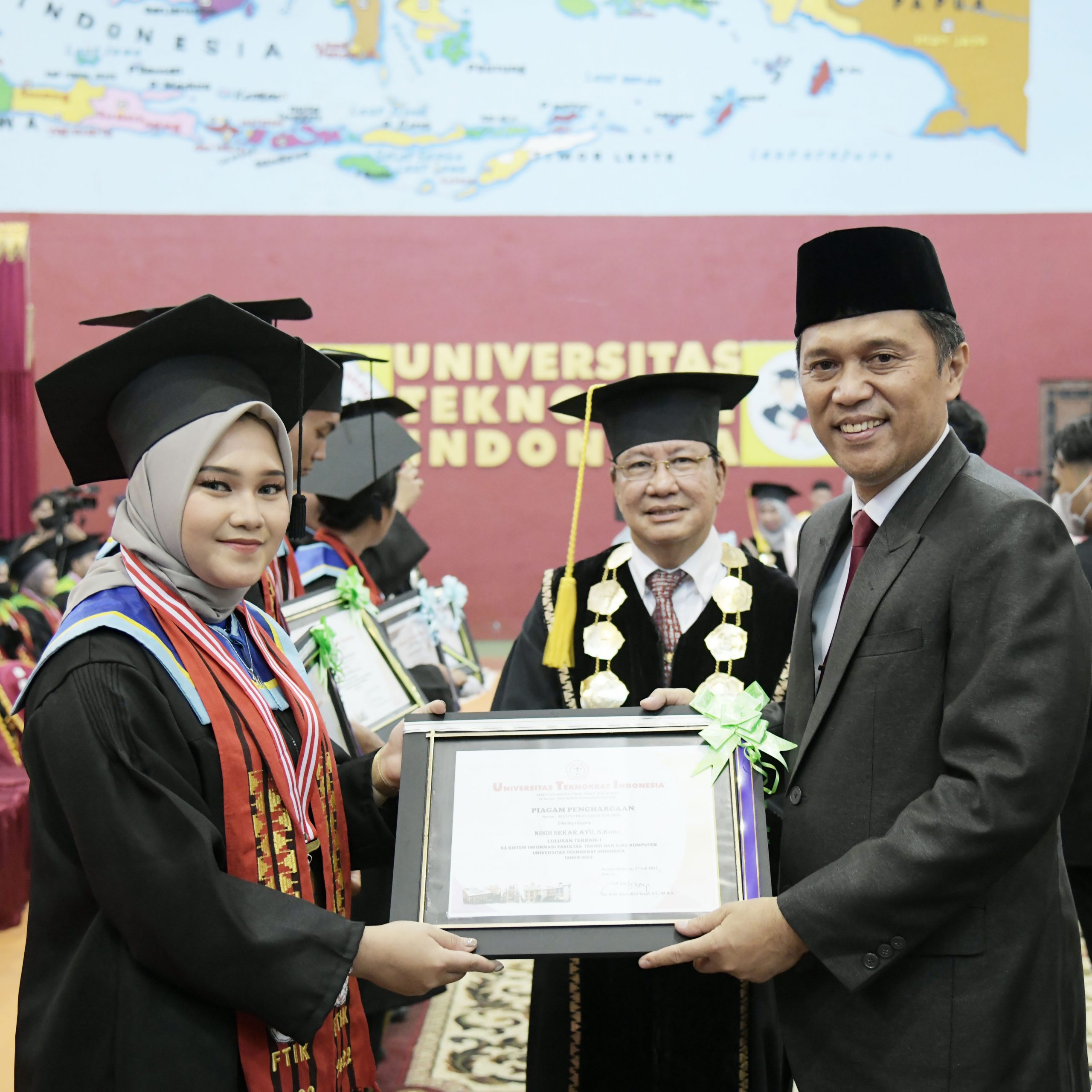 The Rector said that building the quality of education services so that it becomes a university that is obedient to the tri dharma of higher education is not an easy thing. Considering that during the Covid-19 pandemic, every university is required to carry out lectures online.

However, for UTI, this is not an obstacle, because UTI has implemented online lectures since January 9, 2014. Even since President Joko Widodo delivered a speech at a meeting of private universities.

In his speech, the President asked all universities to be able to conduct online lectures that universities must hold an online class or remotely such as the Universitas Terbuka, a university that implemented distance learning in their teaching and learning activity.

“So during the Pandemic, we did it, we even got the ninth rank for online lectures from 4,621 universities in Indonesia, both public and private,” said Mr. Nasrullah.

These efforts were not in vain and had an impact on students in terms of achievement, including UTI student, Yusuf Ridho, who received a scholarship to study for one semester in Beijing China, a student who successfully raised the UTI flag on the Chinese Wall.

Then, said the Rector, “Vina Qurrota Akyuningrum, a UTI student who was the only one from Sumatra to get a scholarship to study at the University of Central Missouri, United States.”

“This is an extraordinary result, from the impact of a good online learning process,” said Mr. Nasrullah.

In the community service as a part of tri dharma, the lecturers collaborated with the Regional Police, marines, and Subregional Military Command as well as the Regional Government, fostering 150 schools in Lampung, by providing education, especially the implementation of online learning.

Then the student creativity program was assigned by the Ministry of Human Development and Cultural Affairs. “For interest and talent programs, there is no day without achievement, every day there are students who get achievements both regionally, Sumatran, nationally, and internationally. This must be maintained continuously, and today Alhamdulillah, hopefully, these students who graduate will become students of the nation’s cadres and mother’s father’s hope,” explained Dr. Nasrullah.

Head of Region II Higher Education Service Institute (LLDIKTI), Prof. Dr. Iskhaq Iskandar, M.Sc. said, in his view, the best campus in Asean can move quickly and precede other universities, and things like the regeneration management system that the Rector does is very progressive.

Where- said Dr. Iskhaq – “all of the lecturers are still relatively young, this is extraordinary energy, young already has a doctorate, has broad insight, will be the basic capital to be able to run even faster.”

“So the biggest asset is not the building, nor the contents but the human resources. UTI takes care of extraordinary resources. Even the number of doctors will increase,” said Dr. Isaac.

In addition, Dr. Iskhaq said that learning is carried out not only in classrooms and laboratories but also outside the classroom. Proven success with student achievements not only academically, but outside of academics.

“Many represent Lampung in the national arena. This indicates the totality of the learning process, not only in theory but also quality social, communication, and leadership competencies,” concluded Dr. Iskhaq while hoping that students can develop even more after graduation.