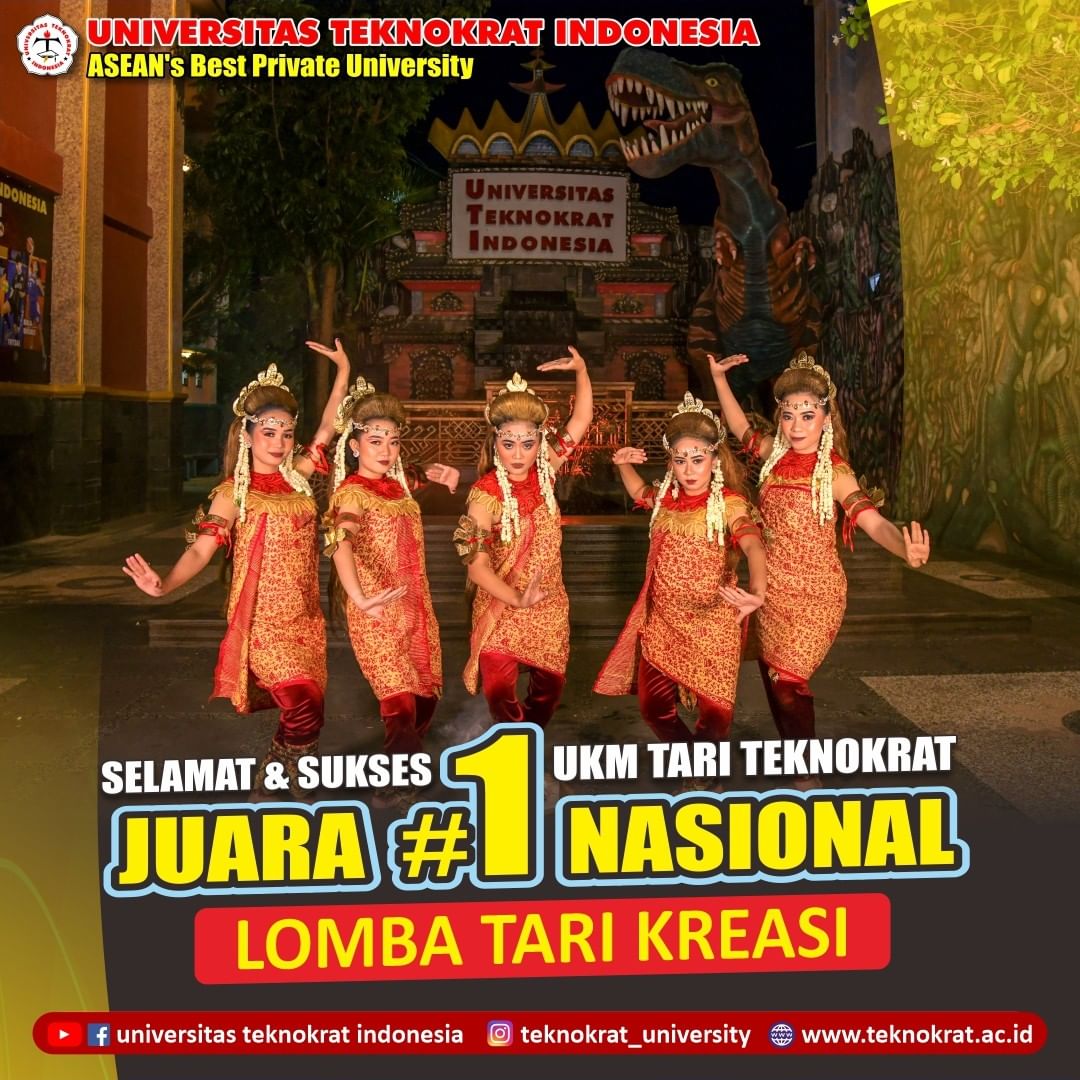 For the umpteenth time, Universitas Teknokrat Indonesia students made achievements. The achievements this time came from the field of dance.

“We really did not expect this achievement, because there were so many obstacles during the training process. Including dividing the time between lectures and practice. But we are grateful that our sacrifices were not in vain.” Said Nia as the chairman of the UKM Dance Teknokrat.

The 2022 PEKSEMA activity was attended by approximately 33 participants from various universities in Indonesia. Based on the results of the jury’s decision, on June 3, 2022, Universitas Teknokrat Indonesia dance team was declared the first winner. The second position was followed by the State University of Jakarta and the University of PGRI Silampari as the third position.

In this competition, UKM Dance Teknokrat presented a new Garapan dance entitled “Nyeluang Bungo Titegh”. This dance is the work of Sandika Ali, S.Pd., M.Pd. as a dance stylist and Rudi Darmawan as a music stylist. According to Sandika Ali, this dance was inspired by the procession of calling for rain from the people of Tuba Village, East Lampung, which is thought to have existed since the community still adhered to the Bairawa Hindu belief, which was carried out during the planting and dry seasons. Meanwhile, “Nyeluang Bungo Titegh” means a prayer that is offered to God Almighty through the media of jasmine flowers, kantil flowers and burning setanggi. This process is closed with a stream of springs.

Ade Dwi Putra, M. Kom. as the supervisor of the UKM Dance Teknokrat said the dancers who took part in this competition were very enthusiastic in participating in the competition, it was seen from their enthusiasm in the training process. How they divide their time between lectures and training should be appreciated and feel worthy of the current achievements. It’s just that we must not be complacent until here, because in the future there will be many other competitions that will be followed.

“Continue to develop potential and mutually correct each other’s shortcomings from the training process so that in the future there will be more achievements for UKM Dance Teknokrat on the national level,” said Ade Dwi Putra.