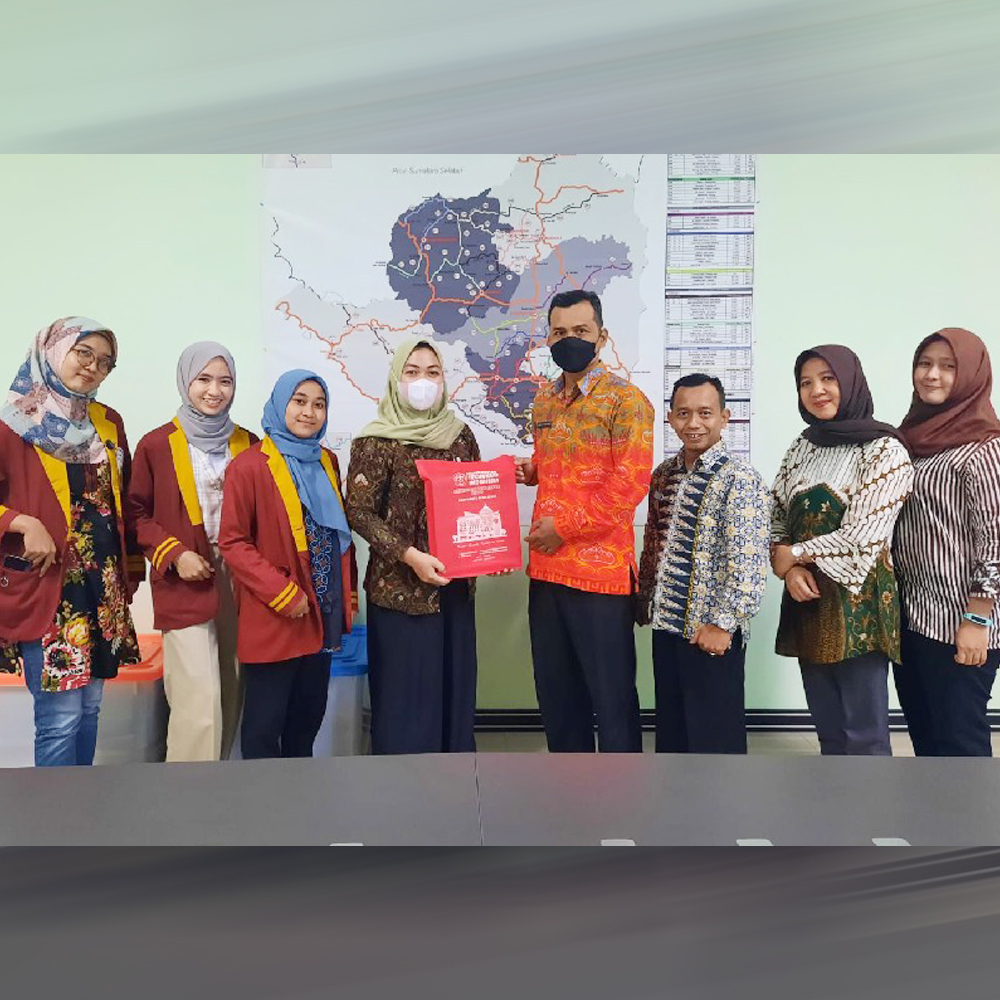 Many companies/agencies in Lampung appreciated the internship (PKL) for students of the Universitas Teknokrat Indonesia (UTI). Many companies feel very helped by the existence of these street vendors.

Universitas Teknokrat Indonesia conducts street vendors to improve skills and experience as well as broaden students’ horizons about the world of work.

By participating in street vendors, students are expected to be more prepared to enter the world of work and have high competitiveness in the labor market.

The increasing ranking of the Universitas Teknokrat Indonesia as the ASEAN’s Best Private University in 2022 has encouraged universities to increase added value to students.

According to Almira Devita Putri, S.A.P, M.A.B, lecturer, and PKL Coordinator at the Faculty of Economics and Business, Universitas Teknokrat Indonesia, the PKL program are held regularly every year.

PKL is carried out in three periods, namely after even semesters, odd semesters, and short semesters. Some students join this program every year.

This PKL program is especially for fourth-semester students, where student participation in this program is mandatory as a condition to be able to compile a thesis as a graduation requirement.

Students can learn how to develop a business incubation in Lampung. According to Sigit Sopandi, Chief Partnership Officer of Siger Hub, they were very happy and helped. The incubation party also feels happy because they can share their knowledge in the form of work practices they have with students.

Before carrying out street vendors, students have been provided with skills/skills that are also a requirement for students to be able to take part in street vendors such as using computer applications needed in the world of work, namely Microsoft Office, MYOB, and graphic design. In addition, students are also equipped with communication skills and basic marketing skills as well as secretarial skills such as correspondence, data documentation, arranging meetings, etc. which must also be mastered by students.

Last, before the PKL is carried out, students who will PKL also receive a briefing about the world of work both from internal and external parties at the Universitas Teknokrat Indonesia (UTI).

The even semester PKL period which started in April 2022 ended in June 2022. In this even PKL period, there are 180 students from the Management and Accounting S1 study programs who take part in the PKL and involve as many as 82 corporate partners consisting of government agencies, private companies, as well as SOEs.

Most of the company partners, both government agencies and BUMN or private companies that have accepted street vendors from UTI, are very satisfied with the student’s performance while carrying out street vendors.

Representative of the Department of Maritime Affairs and Fisheries of Lampung Province Imam Komarita, S.Pi. appreciate the presence of street vendors from UTI.

In addition, the Indonesian Supreme Audit Agency for Lampung Representative and BPJS Employment Lampung also conveyed the same thing that they were very happy and helped by the UTI PKL program. Vice-Chancellor of the Universitas Teknokrat Indonesia, Dr. H. Mahathir Muhammad, S.E., M.M., said the implementation of student street vendors was not just an academic problem or to fulfill credits. However, what is more, important is to improve students’ ability to interact socially in the world of work so that they can enrich students’ knowledge of the theories that have been obtained during their lectures at the Universitas Teknokrat Indonesia. Mr. Mahathir emphasized that these PKLs would be very useful for students after graduation. This is because they have had sufficient field experience. So that, when they graduate they are ready to work professionally.