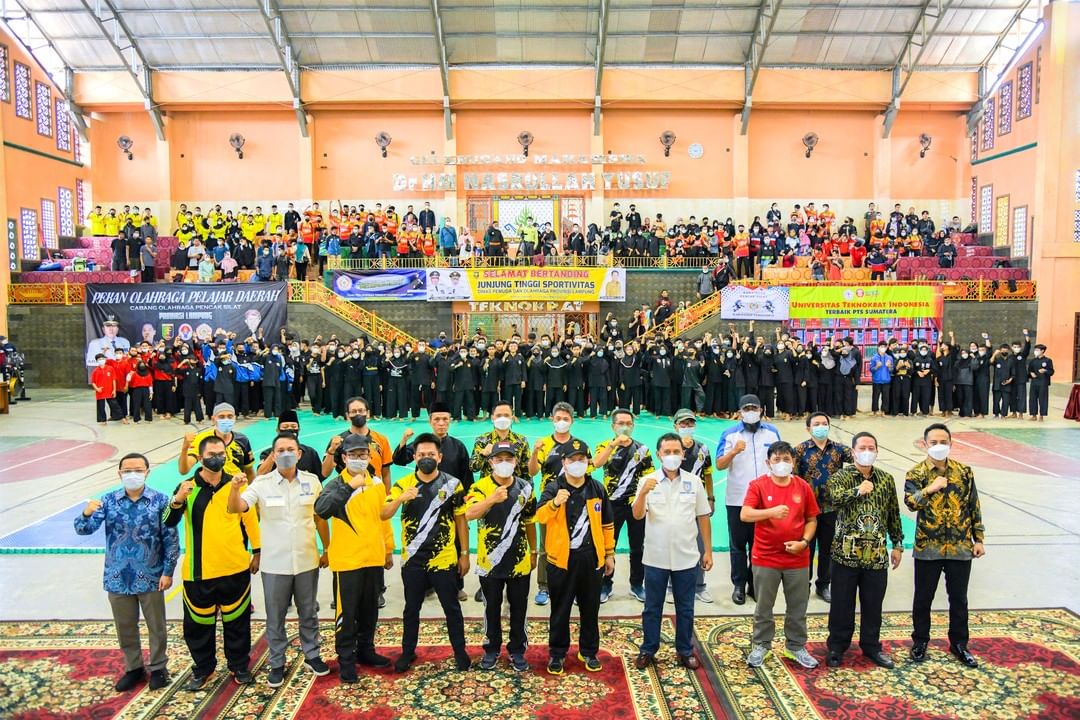 student sports arena Dr. HM Nasrullah Yusuf, MBA. The Best PTS Indonesian Universitas teknokrat in Sumatra. This facility is expected to be able to encourage the government’s efforts to attract superior seeds in the development of sports achievements in Lampung Province for students throughout Lampung.

APPRECIATION FOR THE BEST UNIVERSITAS TEKNOKRAT INDONESIA IN SUMATRA

“We chose Teknokrat as the organizer of the XVI National Student Sports Week because this campus has complete facilities for the development of Lampung sports,” said Minhairin. According to him, the government cannot do it alone, and needs partners in developing human resources for sports. The activity selected the best athletes in 5 sports, namely football, volleyball, basketball, pencak silat, and badminton. He also reminded the 667 athletes who competed to take part in sports activities.

RECTOR OF INDONESIAN TECHNOLOGY UNIVERSITY, THE BEST PTS OF SUMATRA

Chancellor of the Best PTS Universitas Teknokrat Indonesia Sumatra Dr. HM Nasrullah Yusuf, SE., MBA., thanked the Lampung Provincial Government for their trust in the Universitas Teknokrat Indonesia as the host for the XVI National Student Sports Week. “Thank you to the Governor for appointing the Dr. Student Center. HM Nasrullah Yusuf, MBA. Sumatra’s Best PTS as the venue for this prestigious event,” he said.

The Acting Head of the Youth and Sports Office of the Lampung Dispora, Descatama Paksi Moeda, said that the Dispora has the function of fostering student athletes. “If short-term achievement is the main function of KONI,” he said. The target is to find forerunners of athletes who can excel in PON 2024. For volleyball there are 216 athletes from 9 districts or cities and 96 athletes from basketball from 4 districts/cities. Furthermore, there are 187 pencak silat athletes from 15 regencies or cities and 60 badminton from 15 regencies or cities. “So the total is 667 athletes,” he said..