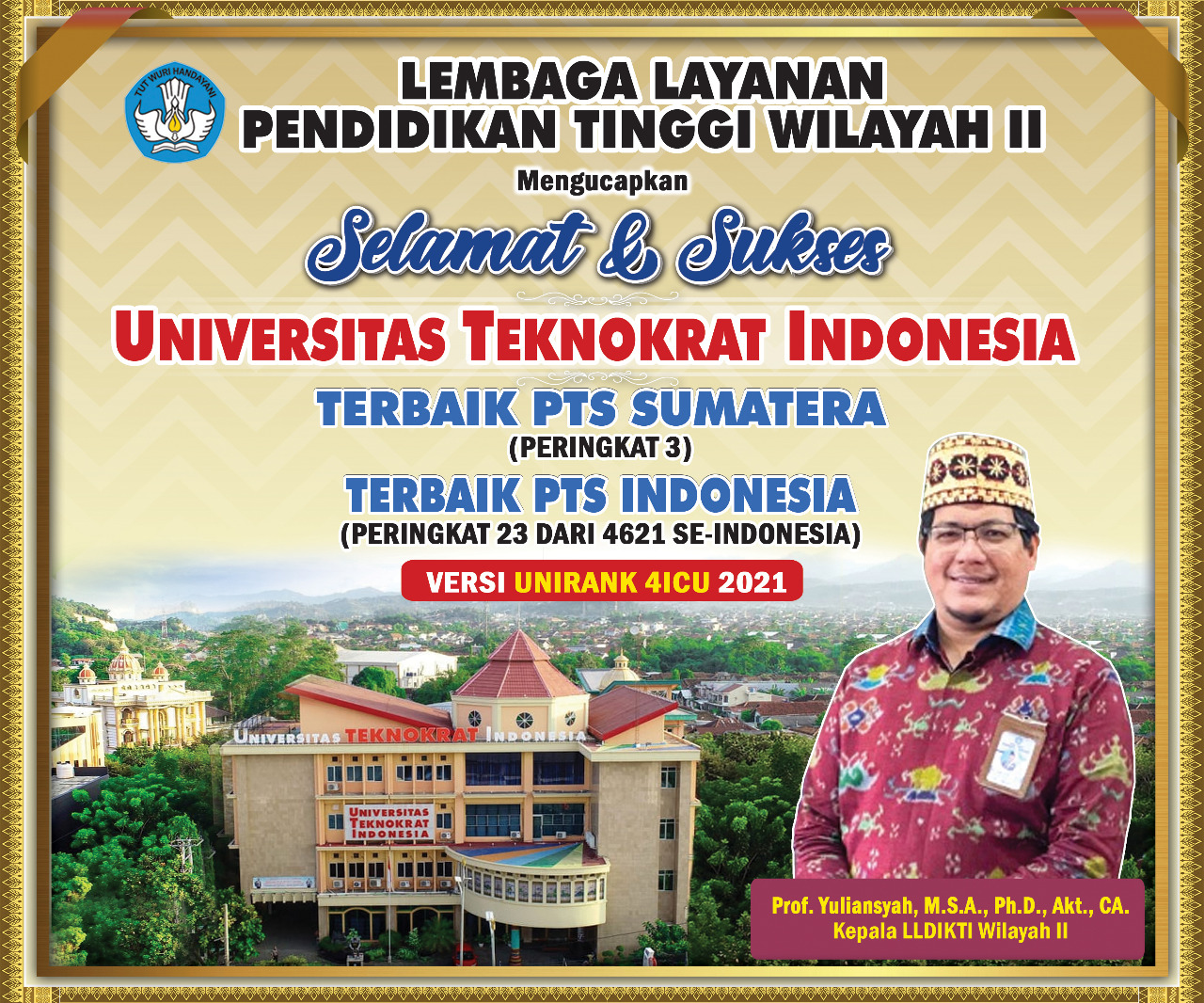 Bandar Lampung – Lampung public should be proud. The Universitas Teknokrat Indonesia experienced a significant improvement in terms of international rankings.

Unirank (4icu.org), an international rating agency based in Sydney Australia, ranked the Universitas

This Unirank ranking requires criteria that must be met by a university, namely: First, they are officially recognized, licensed and/or accredited by national or regional bodies such as the Ministry of Higher Education or government-recognized accreditation organizations.

Second, be officially licensed or authorized to award at least four years of undergraduate and/or postgraduate degrees (master and doctoral).

Fourth, universities are ranked based on website performance which is based on an independent 4 web metric algorithm.

From this ranking, Teknokrat were also asked to be ranked the 23rd best private universities in Indonesia. For the scope of Lampung, Teknokrat are ranked 1 in PTS. Not only that, UTI also has a reputation for excellence in social media management. The achievements of the Universitas Teknokrat Indonesia can be seen as follows:

2. Ranked 23 of the best private universities in Indonesia (source: https://www.4icu.org/id/private/)

3. Rank 1 of the best private universities in Lampung (source: https://www.4icu.org/id/lampung/)

5. Ranked 62 universities with the best Instagram social media in Indonesia

Unirank itself is a trusted institution. The research and rankings carried out also have credible international qualifications. The institution is listed as a global university ranking by the IREG Observatory on Academic Ranking and Excellence.