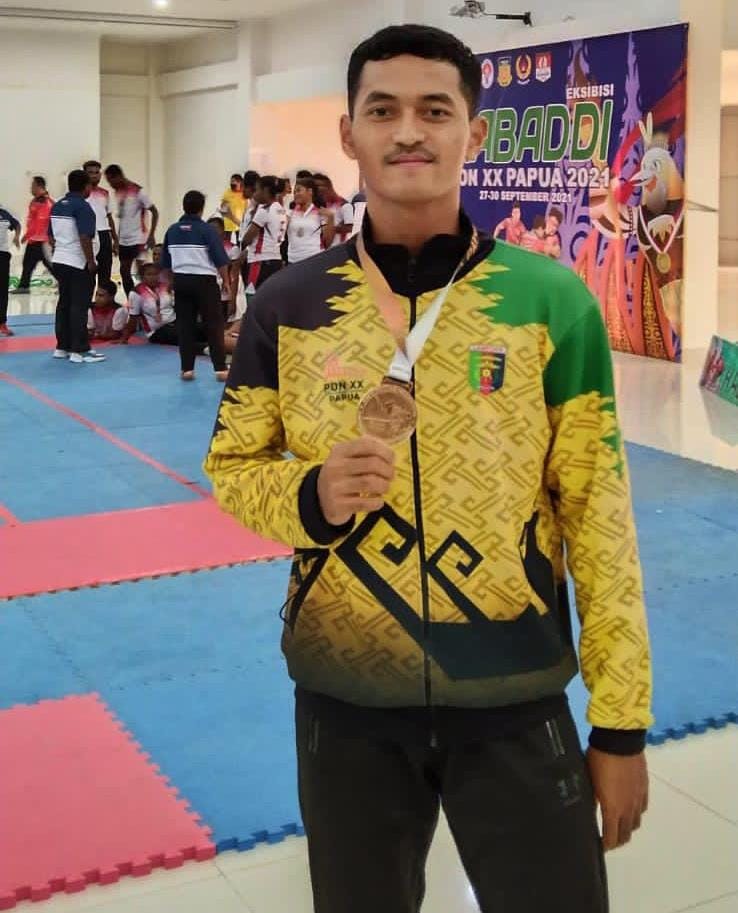 Joni Saputra began to know and love the sport of kabaddi since October 2020. This sport originating from India has become a new branch in Indonesia.

Because not many people are involved, Joni is interested in trying it out. Joni also wants to develop this sport

“So that more people know and like kabaddi,” said Joni Saputra to wartalampung.id today via a WhatsApp conversation. The S1 student of Sports Education at the Universitas Teknokrat Indonesia said that since he got to know kabaddi, he has practiced twice a day. Mornings and evenings he fills with practice.

Several friends and a coach, Lisa, made Joni even more enthusiastic about developing kabaddi. At the PON event in Papua, Joni successfully won gold. The PON event was the first championship he had ever experienced. Kabaddi at PON Papua is an exhibition sport that is competed.

Joni said, before the PON, the Lampung team wanted to hold a training center in Bali. However, due to the pandemic, the training center was not carried out. Joni says kabaddi is fun. In addition to training concentration, this sport also trains teamwork. “Because there is a lot of body contact, I think this sport is really fun,” he said.

Joni wants to be serious in this branch of kabaddi. He hopes that kabaddi will often be contested in many sporting events in Lampung and nationally. Responding to Teknokrat students who won gold in the kabaddi branch at PON Papua, Deputy Chancellor I of the Universitas Teknokrat Indonesia Dr H Mahathir Muhammad SE MM welcomed it.