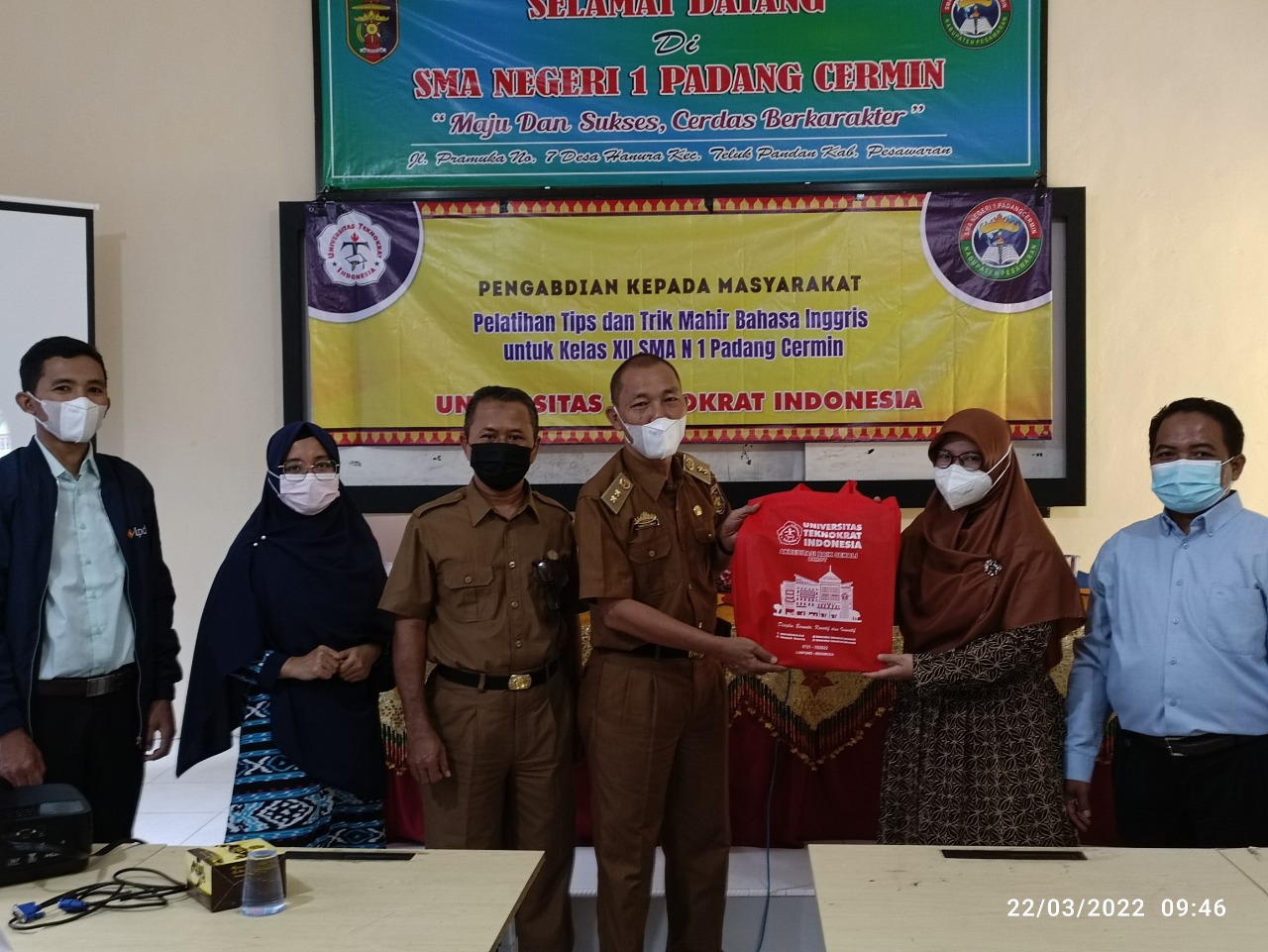 PKM Team of Universitas Teknokrat Indonesia the Champion’s Green Campus was chaired by S. Samsugi, M.Eng., along with other members namely Styawati, M.Cs., Lulud Oktaviani, M.Pd., Ade Surahman, M.Kom., and Yuri Rahmanto, M. Kom. Not only lecturers but students were also involved in this PKM, three students involved in this activity namely Wulan Agustin, Qomariatul Kurnia, Bagas who were students of the English Education Study Program and the Computer Engineering Study Program.

The training is one of the two activities planned for this PKM target school. This training aims to provide insight and understanding of the importance of English in the current era of globalization.

Besides that, the implementation of this kind of training is still limited, meanwhile students have great potential to be developed. In this activity, Lulud Oktaviani, M.Pd. became the main speaker who explained that English is currently needed by anyone, whether as a student, student or working. We have no idea what jobs we will get in the future, but in this era of globalization we will face many situations where we meet many people, including people from other countries who speak English.

This training activity was carried out interactively with material that was easily accepted by students of SMA Negeri 1 Padang Cermin, Pesawaran with and at the end of the activity students who were active were given a surprise gift as a door prize.

PKM program was opened directly by the Head of SMA Negeri 1 Padang Cermin, Pesawaran, Mr. Tamzir Zamka, S.Pd. In his speech, Mr. Tamzir Zamka motivates students to the importance of being able to speak English and the need to continue their studies to a higher level. This is expected to provide a spark of enthusiasm for students to continue to a higher level and be proficient in English, to be ready to face the global era.

This PKM program is a routine activity in every semester organized by the Faculty of Engineering and Computer Science (FTIK) in collaboration with the Faculty of Arts and Education (FSIP) of the Computer Engineering and English Education Study Program, through the University Research and Community Service Institute (LPPM). Universitas Teknokrat Indonesia as a form of consistency in the implementation of the ASEAN Best PTS Tridharma.