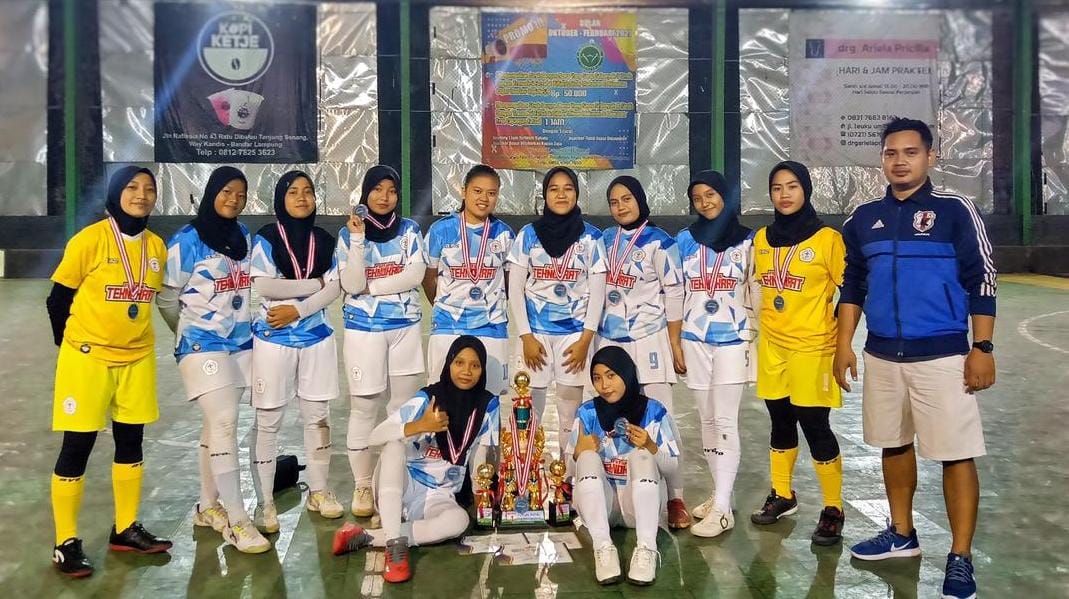 The Universitas Teknokrat Indonesia Women’s Futsal Team managed to present an achievement. This team came out as first place in the Futsal Women Championship 2021.

This championship is held

In addition to winning the championship title, Coach Angga Selvian Wijaya’s slick performance managed to get the best coach title. Also the best player achievement was obtained by one of the Women’s Futsal Team of the Universitas Teknokrat Indonesia, Berlyan Asya Pertiwi Keren.

Even though PPKM is being implemented, it doesn’t let down the spirit to practice and keep getting achievements. Deputy Chancellor I of the Universitas Teknokrat Indonesia Dr. H Mahathir Muhammad SE MM said, this achievement in the realm of sports proves that the Teknokrat campus deserves the nickname: “Campus of Champions”.

Mahathir said, apart from academic activities, many achievements were also recorded in extracurricular activities, including sports. He said this is proof that there is a balance between the academic and non-academic worlds. Without forgetting academics, sports achievements are amazing.

Mahathir also agreed that PPKM would not hinder activities even with the implementation of strict health protocols. She is grateful that the women’s futsal team has successfully won a prestigious title. He conveyed the message that this achievement was maintained. In fact, it must be improved in the future.

Mahathir hopes that the achievements of the women’s futsal team will inspire other extracurricular motivations to provide the best for campus. So, in the upcoming championships, the team from Teknokrat will achieve even better achievements.