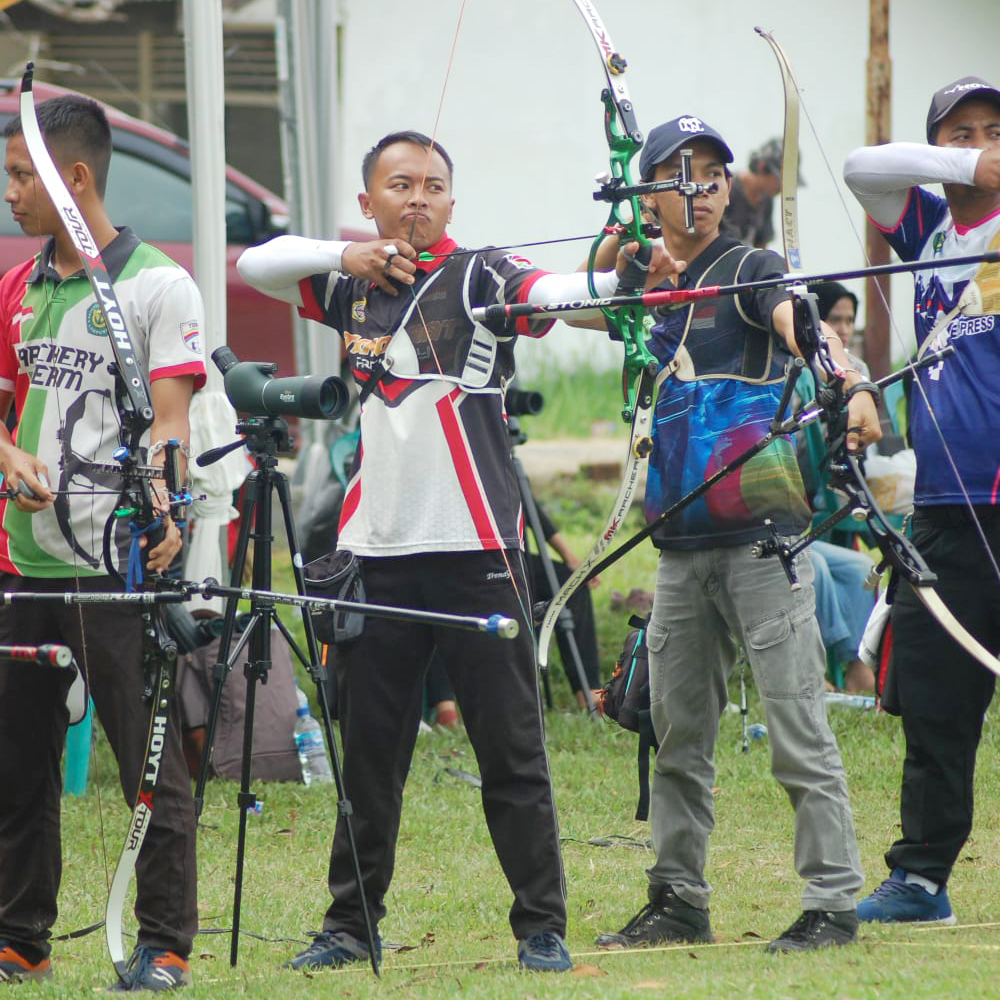 The Perpani Student Regional Circuit and General Archery Championships which were opened by the General Chairperson of KONI South Lampung Regency, Rudi Apriadi, in his remarks Rudi said that this activity was carried out to increase archery potential throughout Lampung Province.

Advisor for UKM Archery, Universitas Teknokrat Indonesia, Eko Bagus Fahrizqi, S. Pd., M. Pd., AIFO. Delivering continuous training and never giving up, and having to participate in championships often as a try out to correct one’s shortcomings as an athlete, those are the tips that have been done, said Eko. Eko hopes “Hopefully, Archery Teknokrat Athletes can always compete for Champions at both the National and International Regional levels”. “Thank you to Universitas Teknokrat Indonesia for the facilities and support that have been given to the student athletes,” added Eko.