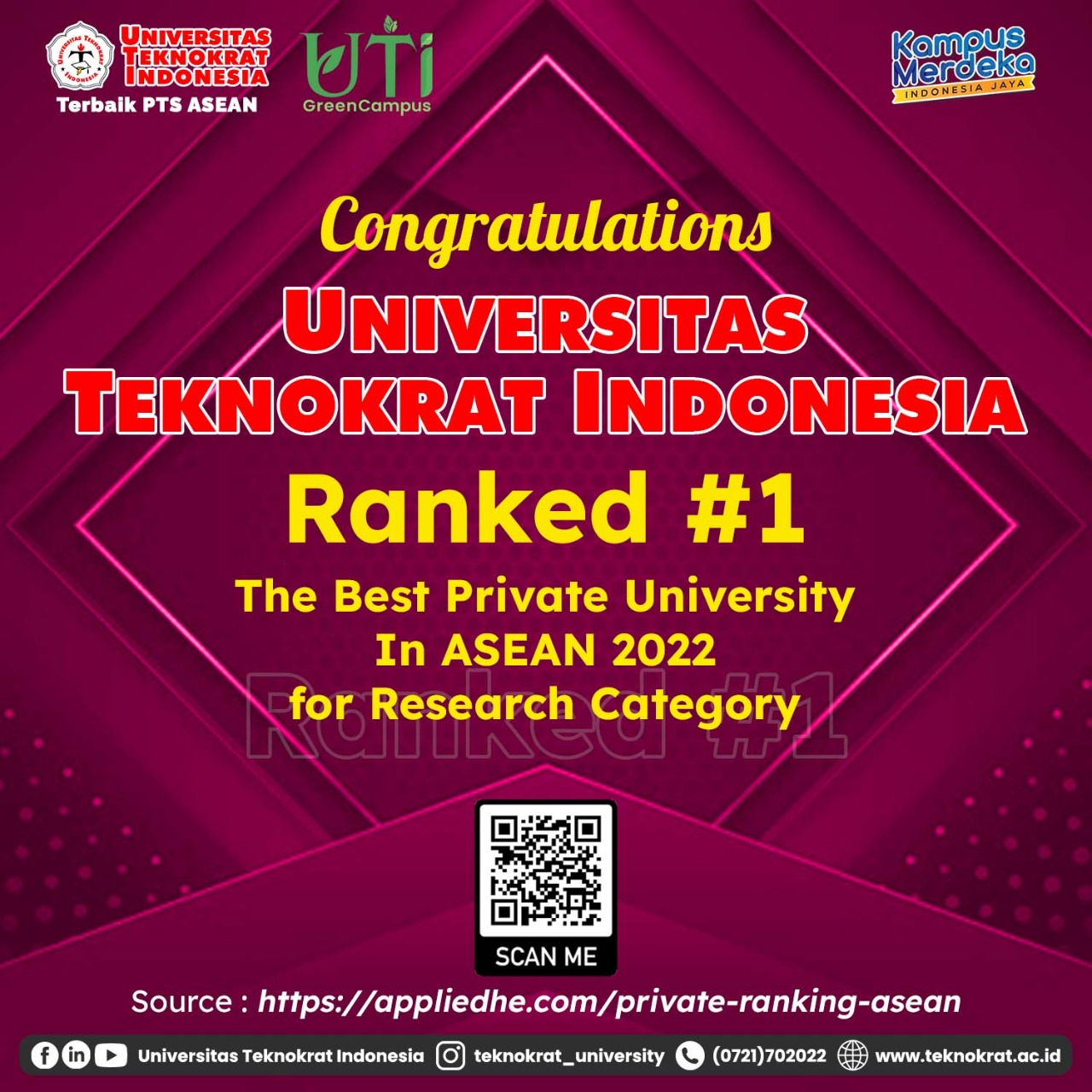 Universitas Teknokrat Indonesia has been ranked 10th The Best Private University in ASEAN based on AppliedHEtm Private University Rank 2022. Top private universities in the region such Indonesia, Malaysia, Philipines, Thailand, Cambodia, and Vietnam participated in the first edition of that ranking system. The inaugural announcement was launched online led by th AppliedHEtm  CEO and Founder Mandy Mok. The ranking was audited and determined by six indicators: Teaching and Learning, Research, Employability, Community Engagement, Internationalisation, and Institutional Reputation.

The rankings are concerned with the criteria important to students and their parents, said the AppliedHEtm CEO. The ranking is created to highlight the significant role of private universities in education industry globally and they are acknowledged for their high employment rates and and innovative programs.

Universitas Teknokrat Indonesia is highlighted as the Best Private University in ASEAN at the subcategory of Research. This subcategory measured the research performance indexed by Google Scholar. Dr. H. Mahathir Muhammad, SE., MM. assures that Universitas Teknokrat Indonesia attempts to promote a research-based teaching integrated to all curriculum to provide high quality education for the students. “We hope our university can nurture the future leaders and highly qualified graduates”, said Mahathir. The overall ranking of research category can be seen as follows:

Universitas Teknokrat Indonesia renowned as “The Champion Campus”, has made its significant leap on the international reputation as the university was established in 2017. Univeristas Teknokrat Indonesia was ranked 7th as the best university in Indonesia based on Impact Ranking of Webometrics World’s university rank. The, campus located in the southern tip of Sumatera always maintains its reputation as the best campus that produces students who win prestigious competitions in national and gobal scale. Some achievements such as The Winner of Underwater Remotely operated vehicle (ROV) in ASEAN and Vertical Take off and Landing (VTOL) Drone competition in national level have been made by the students of Universitas Teknokrat Indonesia.