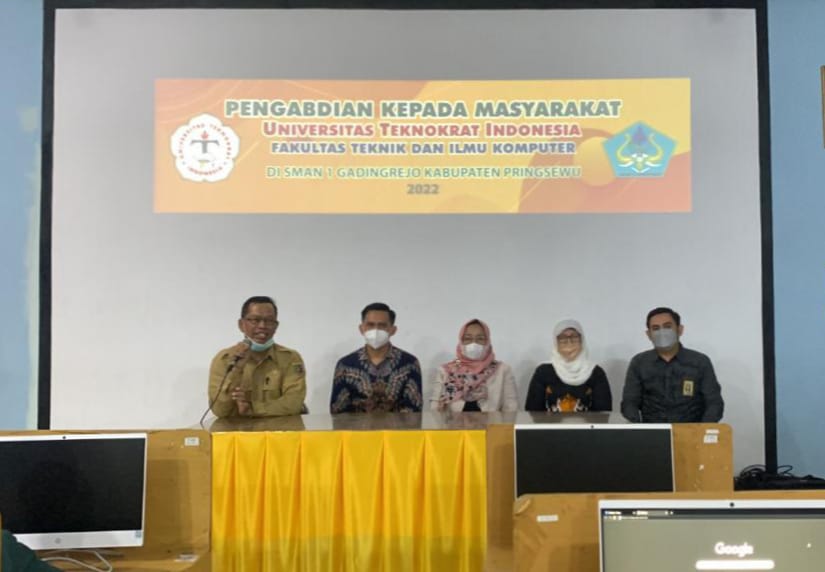 One of the features in the SliMS application is OPAC, which is an acronym for Online Public Access Catalog with free translation into Public Access Online Catalog. Online catalog means a series of information about products, in this case books (possibly for non-book collections), published using the internet on a single page or website so that they can be accessed from anywhere, anytime, by anyone.

Meanwhile, the Poster Design Training with Adi Sucipto, S.Kom., MT as the speaker. Canva is a graphic design application used to create social media graphics, presentations, posters, documents and other visual content. The Canva application also provides a variety of design examples to use. Participants in this poster design activity were students of SMAN 1 Gadingrejo. Students on behalf of Barkah Lingga Azriel and Chyntia Carolina were named the participants with the best poster designs.

This activity was also attended by the Deputy Principal for Academic Affairs, Jumiran, S.Pd., and Darmini, S.Kom. and the teachers of SMA Negeri 1 Gadingrejo. On this occasion, discussions on cooperation between Universitas Teknokrat Indonesia and SMA Negeri 1 Gadingrejo were also held in the fields of education, research and service.

Meanwhile, the Vice Chancellor of Universitas Teknokrat Indonesia, Dr. H. Mahathir Muhammad, SE., MM., expressed his hope that this PkM target school can provide useful provisions for preparation for a bright future for students of SMA Negeri 1 Gadingrejo in this Digital Era.