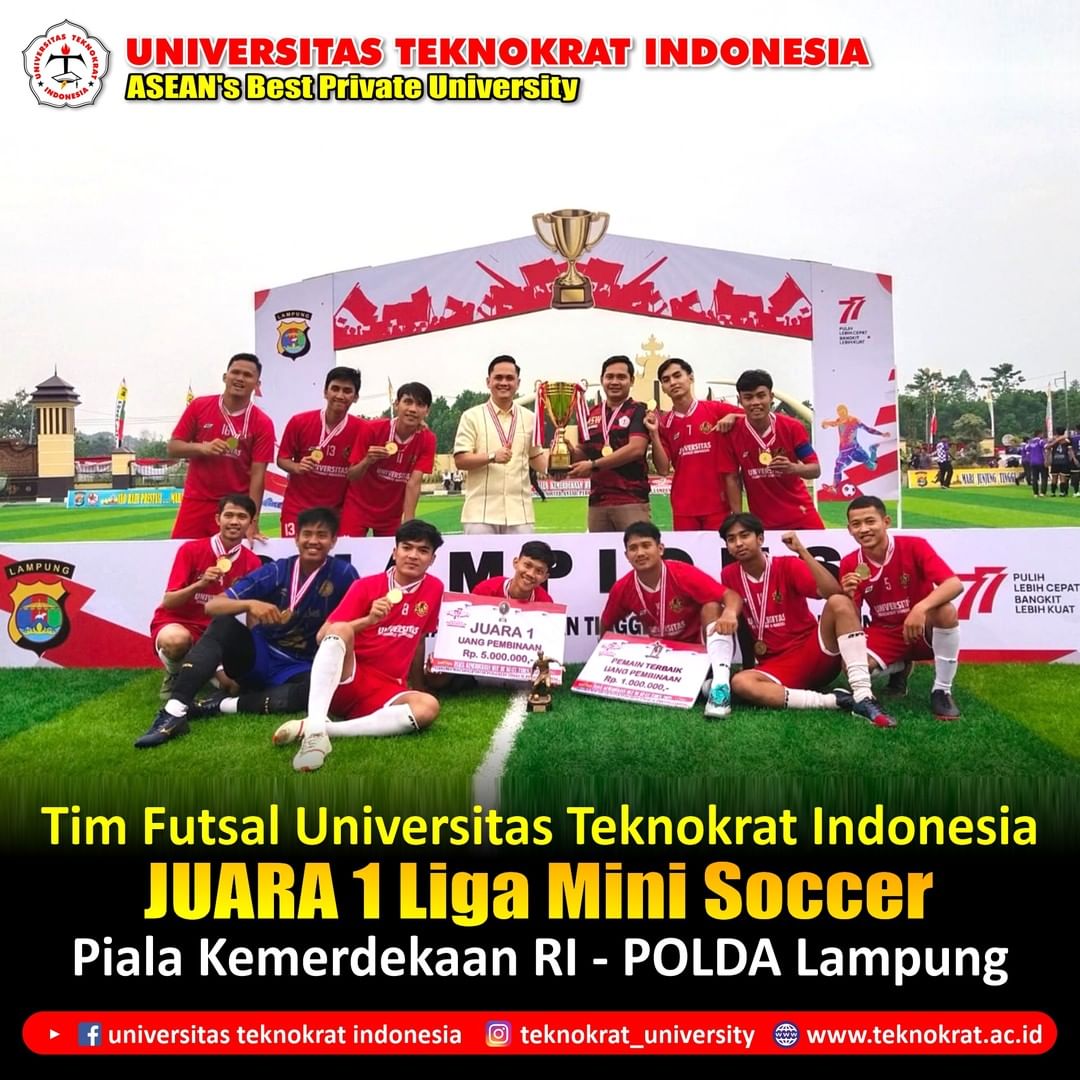 The Universitas Teknokrat Indonesia (UTI) futsal team won first place in the Mini Soccer League of the Inter-University Independence Cup in Lampung, which was held by the Lampung Regional Police.
The activity was attended by 64 teams from state and private universities throughout Lampung.
The activity was closed by the Deputy Chief of the Lampung Police, Brigadier General Pol Drs. Subianto, today at the local Polda field.
The second place was obtained by a team from UAP Pringsewu, the third place was UBL, and the first place was UTI.
Reza, the supervisor of the Universitas Teknokrat Indonesia team, expressed his gratitude for the full support of the campus to the team. The support was not in vain because Universitas Teknokrat Indonesia succeeded in becoming champions.
Vice-Rector of UTI, Dr. H. Mahathir Muhammad, S.E., M.M., welcomed this brilliant achievement. Moreover, this event was attended by many public and private universities in Lampung.
The organizers said Mr. Mahathir, as well as the Lampung Police, is the main element in maintaining order in society and developing millennial sports.
Mr. Mahathir gave special appreciation to this team. He hopes that in other championships, this achievement can be maintained and even Improved.
Mr. Mahathir explained Universitas Teknokrat Indonesia provides full support to all teams competing in national and even international championships. The campus, he said, was trying to fulfill all the needs for the event that the Universitas Teknokrat Indonesia team participated in, both in the academic and non-academic fields including sports.
Mr. Mahathir said that in the future the Futsal Students’ Activity Units (Unit Kegiatan Mahasiswa) must be more diligent in practicing and looking for commensurate opponents. That way, there will be an improvement in terms of technique and strategy played on the field.