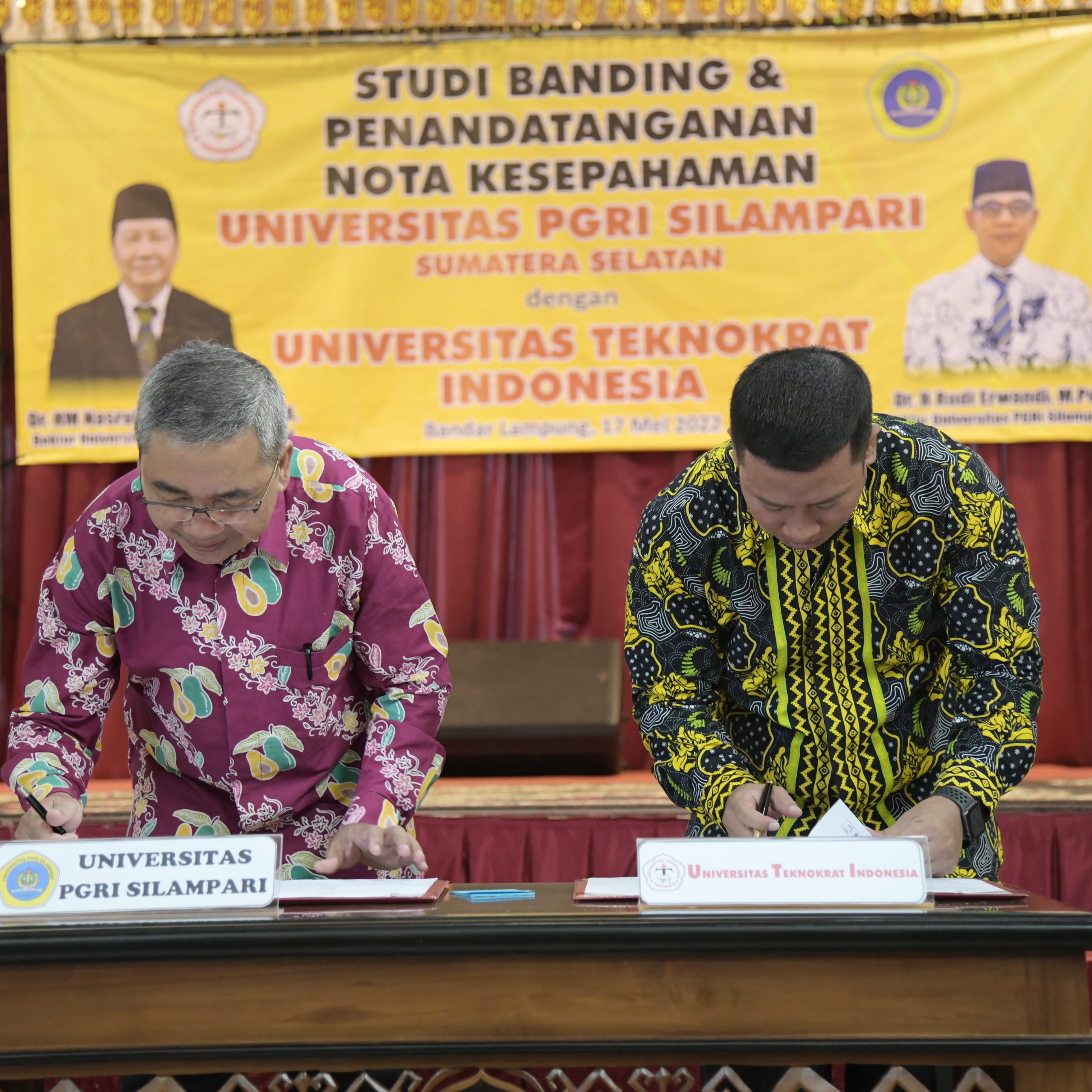 May 17, 2022, Universitas Teknokrat Indonesia (UTI) welcomed the arrival of a group from Universitas PGRI Silampari (UNPARI) Lubuk Linggau, South Sumatra for a comparative study and signing of a memorandum of understanding. On this occasion the Vice Rector of Universitas PGRI Silampari, Dr. Mahathir Muhammad, SE,. MM. introduce UTI both from an academic and student perspective. In addition, Mahathir also said that this collaboration was a moment to learn from each other and motivate each other to move forward. On the same occasion, Vice Rector for Student Affairs and Cooperation UNPARI, Drs. Sukasno, M.Pd. conveyed the same thing and expressed his gratitude for the very impressive reception from the Rector, Management, and the UTI academic community.

On this occasion, both parties signed a memorandum of understanding which was based on the tri dharma of higher education including education, research, and community service which is oriented to the application of the Independent Learning Campus Merdeka (MBKM) program of the Ministry of Education and Culture of the Republic of Indonesia.

The comparative study event and the signing of the memorandum of understanding were held in UTI Auditorium Room which was attended by 45 UNPARI students and UTI students were also present who represented elements of student organizations such as HIMA, BEM, and UKM. This event was also enlivened by dance performances and performances by outstanding UTI students, namely storytelling and infographic presentations. The guests who came consisted of the Vice Rector for Student Affairs and Cooperation, the Dean of the Faculty of Science and Technology, the Dean of the Faculty of Economics and Business, and the Head of the Mathematics Education Study Program.

Furthermore, this event ended with a campus tour to see various facilities at UTI. The Dean of the Faculty of Economics and Business UNPARI, Dr. Viktor Pandra, M.Pd. said that UTI was very concerned about the beauty and greening of the campus and its buildings also have a uniqueness that was rarely found in other universities. Viktor further added that this visit provided various inspirations to be applied at UNPARI. On this occasion, the Rector of UTI, Dr. HM. Nasrullah Yusuf, SE., MBA. invited guests to the UTI Rectorate and said that UTI always strives to be able to create graduates who are reliable and globally competitive because this was one of the functions of higher education.