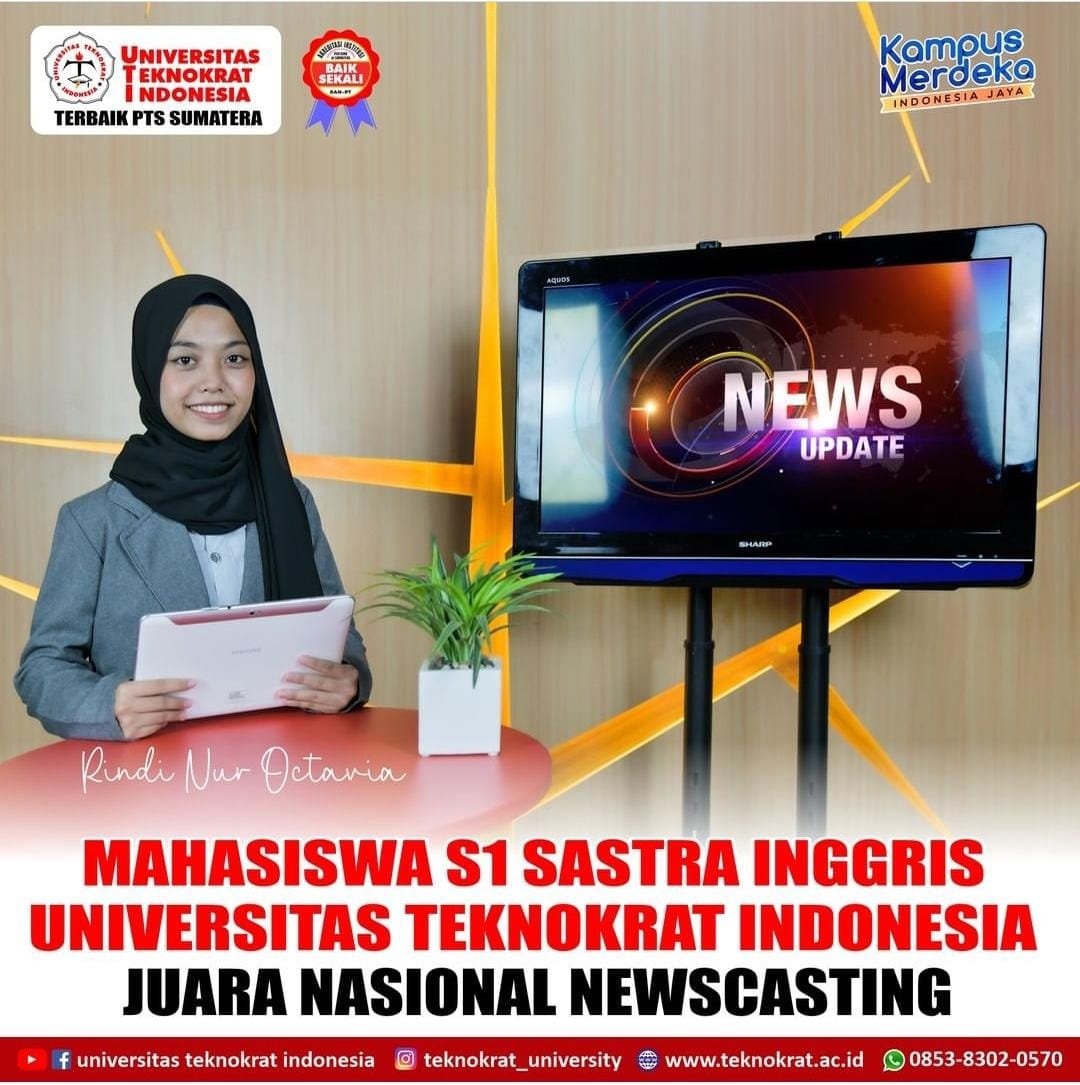 Rindi Nur Octavia, a student of the English Literature Study Program at the Universitas Teknokrat Indonesia, managed to become Runner Up 2 Newscasting at the EAST 2021 event.

This activity is organized by ESA (English Student Association) and AEELS (Association of English Language Education Students) Universitas Brawijaya, Malang. This competition will be held on 15-24 October 2021.

Rindi managed to come out as champion after passing the preliminary round, namely reading the news, and the semifinal round, namely the delivery of weather forecasts.

In the final round, Rindi was challenged to deliver an English-language report with the theme of world calamity.

Previously he was in the top 10 national newscasting at the Lampung Overland Various English Competition (LOVE Comp) 2020.

The TEC UKM supervisor as well as the competition supervisor, Suprayogi, M.Hum., stated that he was proud that the TEC UKM students had again obtained achievements, especially for students who are currently in the second batch. That is, the process of student regeneration in the competition continues.

The campus gave a great award for Rindi’s achievements. The campus is proud of this achievement. It is hoped that in other competitions he will be the best.

Deputy Chancellor I of the Universitas Teknokrat Indonesia, Dr. H Mahathir Muhammad SE MM, stated that this kind of achievement is a source of pride. Because, Rindi succeeded in eliminating many competitors. Rindi is considered ready to be the best representative of the campus.

He believes that the preparations have been done thoroughly. And the builder has given the right guidance.

Mahathir said that the Newscasting competition was very good as a forging of speaking skills for all viewers to listen to. Moreover, it is delivered in English.

Mahathir believes that the regeneration on campus is running smoothly. This is what should be done. The goal is that the campus does not lack cadres to be involved in competitions.

He hopes that this achievement will further fuel Rindi and other students’ enthusiasm and motivation so that they have the same enthusiasm when competing.