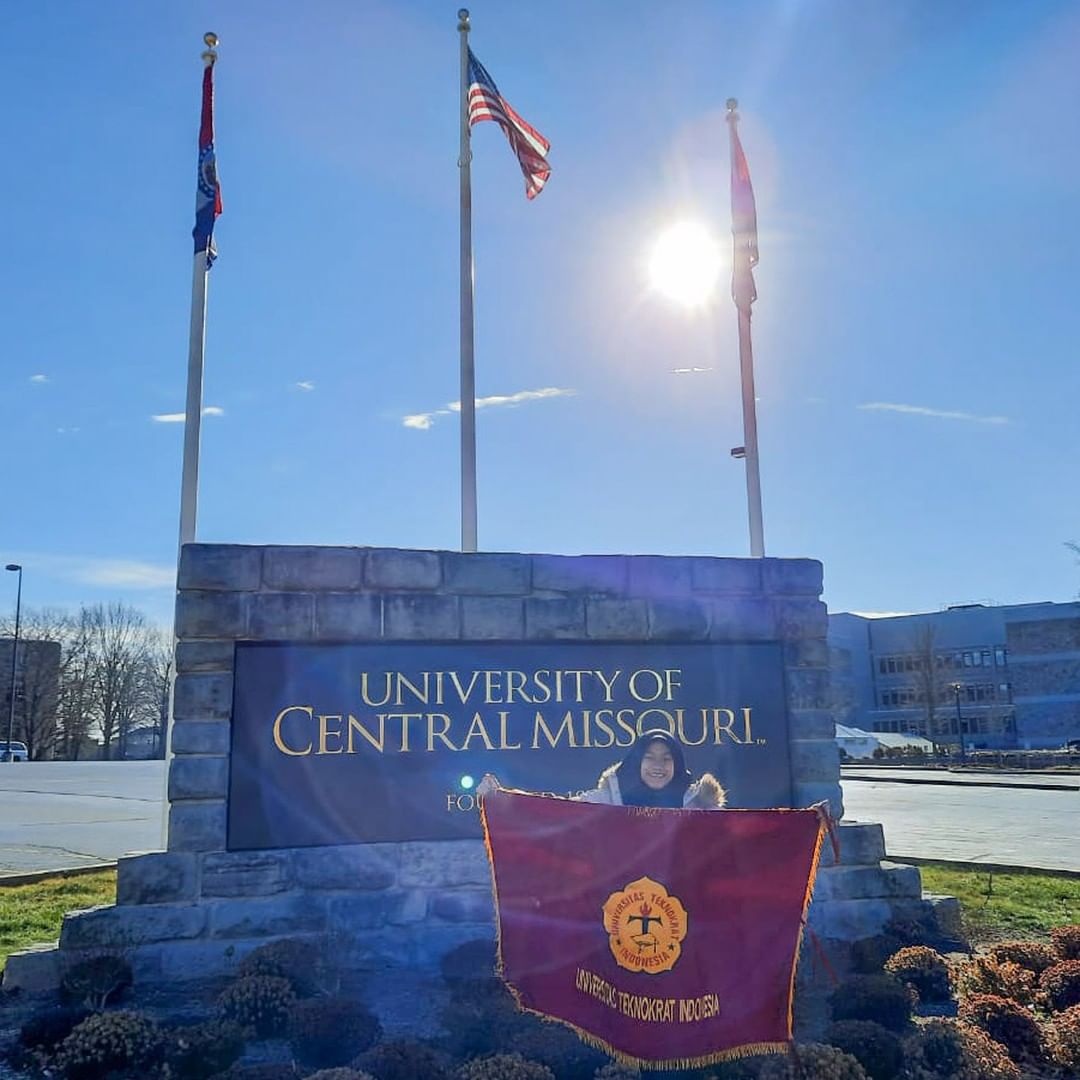 Vina, who left since early January, admitted that she was happy to be a representative of her campus and admitted that she had not encountered any problems while studying there, although there was still a lot to adapt to food.
“Lecturers here are more likely to invite discussions. They teach using projectors and a blackboard like us in Indonesia, and Alhamdulillah there are no problems. They are very tolerant.

Vina’s course at the Global Ugrad Program at the University of Central Missouri, United States

Vina in the Global Ugrad student exchange program at the University of Central Missouri, USA. Vina received courses in Reading 6, Writing 6, Communication skills 5, Grammar 5 and Seminar on American Culture. A week ago, Vina went to the cinema in an American Culture course to study American culture and plans to go to Kansas city on February 18th, if the weather is good. That’s information from Vina a few days ago.
Furthermore, Vina said that student exchange was her dream when she first registered as a student at the Indonesian Technocrat University.
“When applying for the Bidik Misi scholarship, one of the questions that lingered was what was your biggest dream? if selected to be the recipient of the Indonesian Technocrat University scholarship? With confidence, I immediately answered the student exchange, introducing the Best PTS Sumatran Indonesian Technocrat University to the international arena,” he explained.

It didn’t take long for him to get this right in 2022, with many processes that had to be passed along with the motivation that was strongly supported by his parents.
Vina, a student at the Indonesian Technocrat University wants to inspire many people
“Here all from all over the world exist, and Vina wants to inspire many people, that everyone can reach their dreams regardless of background. Parents are very supportive, they also motivate them to always be grateful and never give up,” said Vina who admitted that she missed Azan in Indonesia.
The stages that he went through, such as the selection process, took approximately one year. Starting from files, interviews, TOEFL IBT, medical check ups, and others.
“There’s a lot to go through to get here, I hope to be a speaker in various activities and hopefully I can continue my master’s education abroad. Never feel inferior or insecure. If we want to try, Allah will make it easy,” he said.
Vina, a student at the Indonesian Technocrat University, Meets with the Chancellor of UCM, the United States

Finally, he admitted that he had met the Chancellor of UCM, Mr. Roger J. Best, Ph.D. while giving me a memento from the Indonesian Technocrat University. “Rarely are invited to enter his room, and invite (UCM Chancellor) to come to UTI, meet the Chancellor of Vina, namely Mr. Nasrullah Yusuf MB.A. and of course tell about the beautiful tourism in Indonesia,” he concluded.