HIGH GPA AND EXPERIENCE BETWEEN BILLY KRISTIADI SON, THE BEST ACHIEVING PTS STUDENT OF SUMATRA TEKNOKRAT WITH BERARIER AT PLN 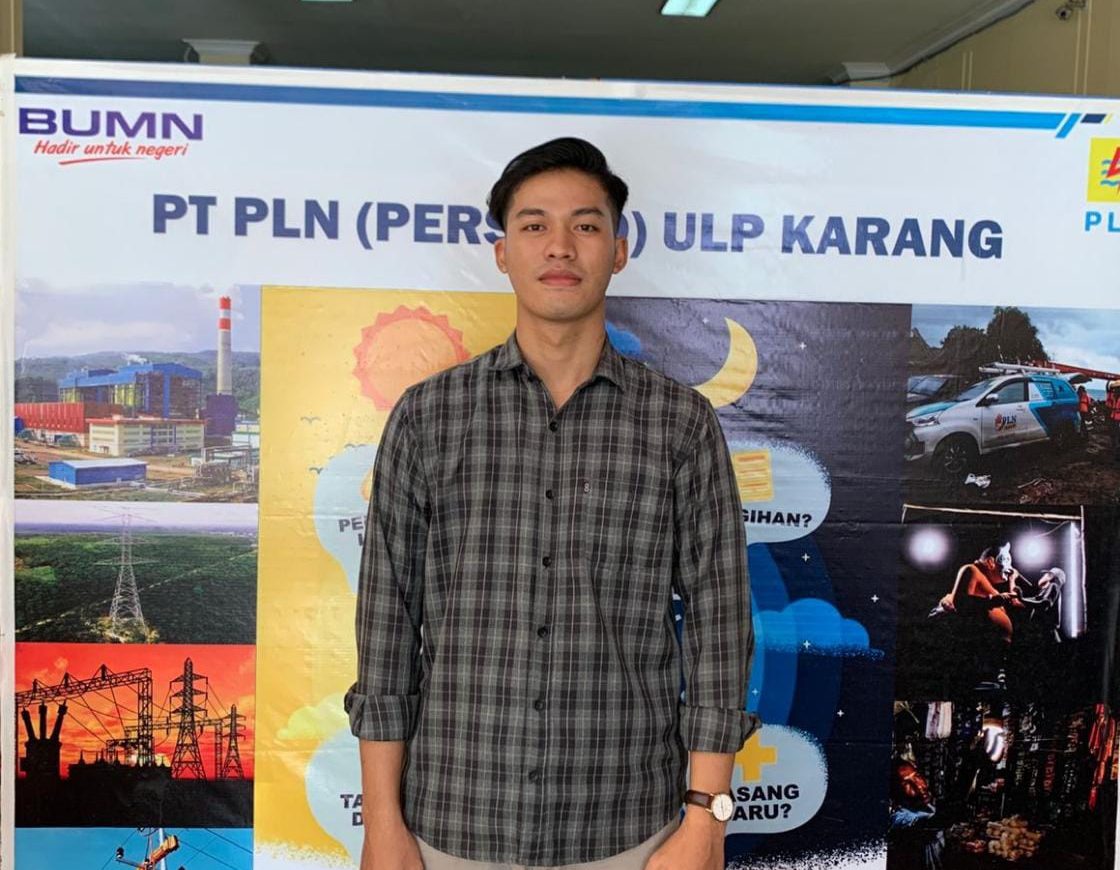 Wahyuni ​​and her father Slamet Ardy. Bily’s education was taken at SD Negeri 1 Labuhanratu, SMP Al-Azhar 3 Bandar Lampung, and SMA Negeri 13 Bandar Lampung. He then continued his education at the Faculty of Economics and Business majoring in S1 Management at the Universitas Teknokrat Indonesia.

According to Billy, studying at Teknokrat is an extraordinary educational experience. Because, Teknokrat are a disciplined university of all things. Starting from how to dress to other things.

In addition, Teknokrat have good facilities and infrastructure, have student activity units that excel. So it is not surprising that currently the Universitas Teknokrat Indonesia.

is the best university in Sumatra.

During college Billy received training that may not necessarily be obtained at other universities. And it is very useful because it is useful for him in the world of work. And that is the advantage that Teknokrat have.

Billy said the lecturers at Teknokrat were very qualified and were lecturers who were selected through a series of tests with high standard scores. This is also proven based on the educational background of Teknokrat lecturers from leading universities in Indonesia.

During his lectures, he was guided by lecturers who in delivering the material were very easy to understand and in using learning media very well. The lecturers are also very supportive of their students to be able to develop their potential by inviting and guiding students in participating in competitions, inviting students to take part in training and seminars which will certainly be beneficial for students.

Lecturers at Teknokrat, he said, in providing motivation for students to be successful and progress starting from lectures by telling their experiences of achievements or their colleagues about the beginning of starting a career to success.

This is certainly a motivation for students. In addition, lecturers often remind and give advice to students. The lecturers also provide support to students by providing useful information regarding training activities, seminars, and competitions to participate in.

It was only when he got through it all, that he was appointed a contract employee at a company that also has a contract with PLN, namely PT. Sapta Karya Manunggal.

In addition, he also serves complaints from customers who experience problems with their electricity bills or on the customer’s KWH meter.

“The company where the State Electricity Company (PLN) works is PLN Karang Customer Service Unit, which is located at Jalan Diponegoro Number 14, Gotong Royong, Tanjungkarang Pusat, Bandar Lampung, which is engaged in the energy sector,” he said.

Billy has a message for the Teknokrat. He said that Teknokrat students must progress and develop. The way to do this is by following all the programs held by the campus, from training activities to seminars.

“This is not necessarily obtained in other universities. In addition, Teknokrat also often hold seminars with inspiring speakers. Teknokrat also have diverse and outstanding student activity units which certainly help students in developing their potential,” he said.

“Students must find and identify their talents and participate in activities on campus because it can help them in developing their potential,” he concluded.

Deputy Chancellor I of the Universitas Teknokrat Indonesia.

Because, their role while being a student is also a pillar that will be remembered. He thanked alumni for the appreciation of the alumni for the achievements of Teknokrat as the best campus I in Sumatra according to Webometrics.

Mahathir said the quality of graduates was also a concern. Because, this is one proof that this campus is able to produce graduates who are ready to work professionally. Both in the agency and create job opportunities.

Therefore, Mahathir asked alumni to keep in touch with the campus. Their role now, he said, is to provide input to the campus.

Also provide motivation to their younger siblings who are in college. The goal is to complete education in accordance with the allotted time and achieve satisfactory academic achievements.