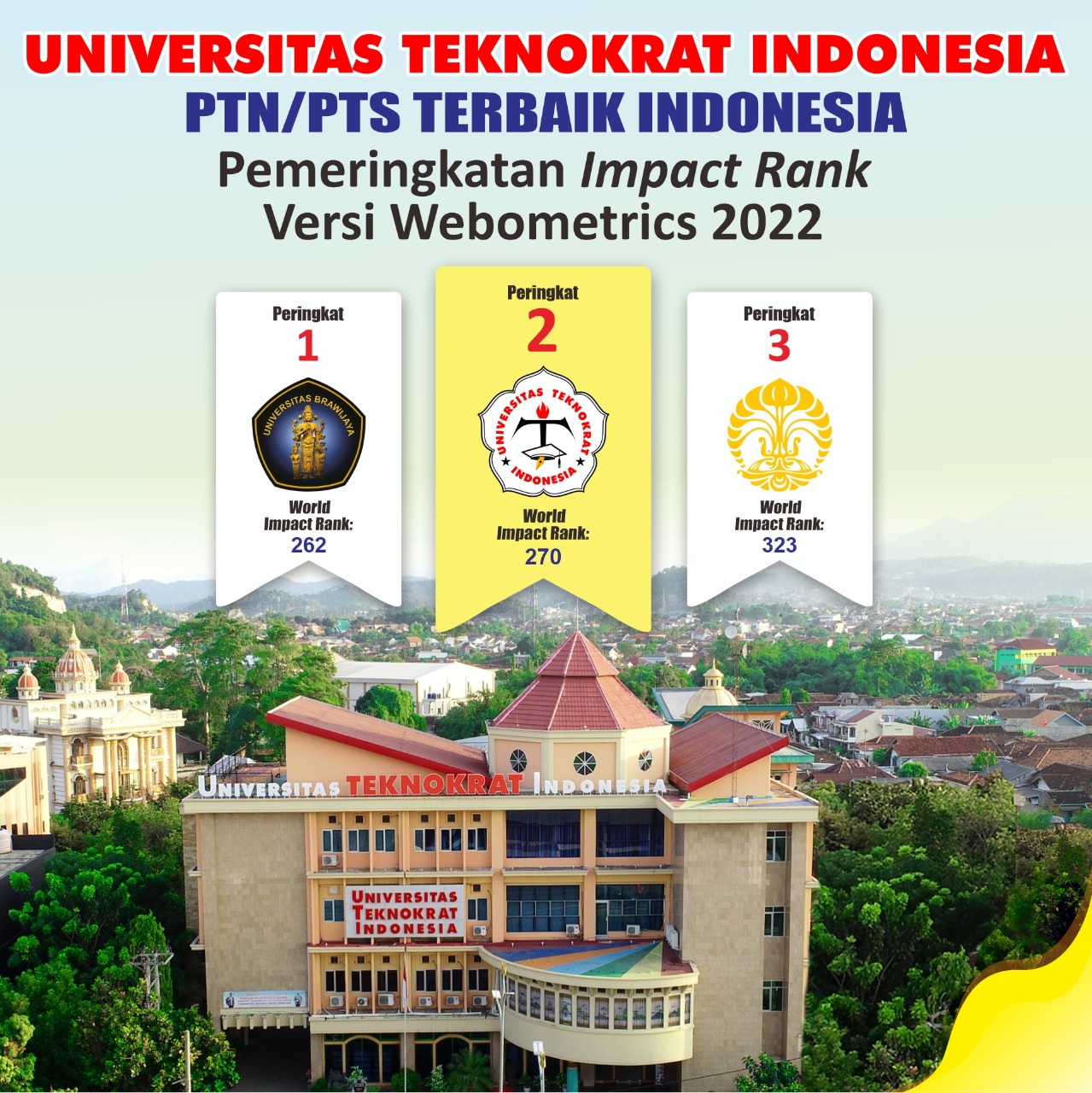 The Universitas Teknokrat Indonesia (UTI) achieved a proud achievement again in the middle of this year.

In the latest release of the July 2022 issue, Spain-based Webometrics ranked UTI at 55th nationally.

If you refer to the release of Webometrics at the beginning of the year, UTI has increased from 60 to 55 in Indonesia. There are a total of 4,621 public and private universities in the country.

The achievements of UTI as per the data received on Friday (5/8/2022) are as follows:

Mr. Achmad Yudi explained the assessment is based on several categories, they are impact, openness, and excellence.

The impact category includes how information from the Universitas Teknokrat Indonesia can be spread on the website and read by visitors. Then, how the publication of the research results of lecturers and students is read or quoted by other authors, and researchers.

Mr. Yudi continued that the excellent category is seen in how many lecturers’ Scopus publications indexed by Scimago are the results of written works published on international channels.

Furthermore, Yudi stated that UTI lecturers and students reproduced news content, content related to the field of tips and tricks was published on websites in blogs in newspapers, so that it was widely read by website visitors, increasing from ranking up to 5.

“So to achieve that ranking, we do that massively by creating content. All lecturers and all students from each course have assignments that can be used as articles or journals. “So, if there are 6,800 UTI students plus 213 lecturers, maximizing in writing, research and others can boost UTI’s ranking again,” said Mr. Yudi.

Mr. Yudi added that when the ranking was announced, it would be structured and massive every semester to produce written works or other works that were uploaded to the internet to increase the amount of content that was read by visitors.

“Achieving it is not easy, because we need to work together and we continue to coordinate with the lecturers. We continue to monitor the monitor. Every two weeks we continue to remind lecturers and students to upload written works as well as tips and tricks on blogs and journal websites to enrich the content that can be visited,” said Yudi.

“We express our deepest gratitude for the support of the Teknokrat Foundation, the Rector, and the entire academic community of the Universitas Teknokrat Indonesia. Hopefully, UTI can continue to maintain this achievement,” he concluded. (Teknokrat)