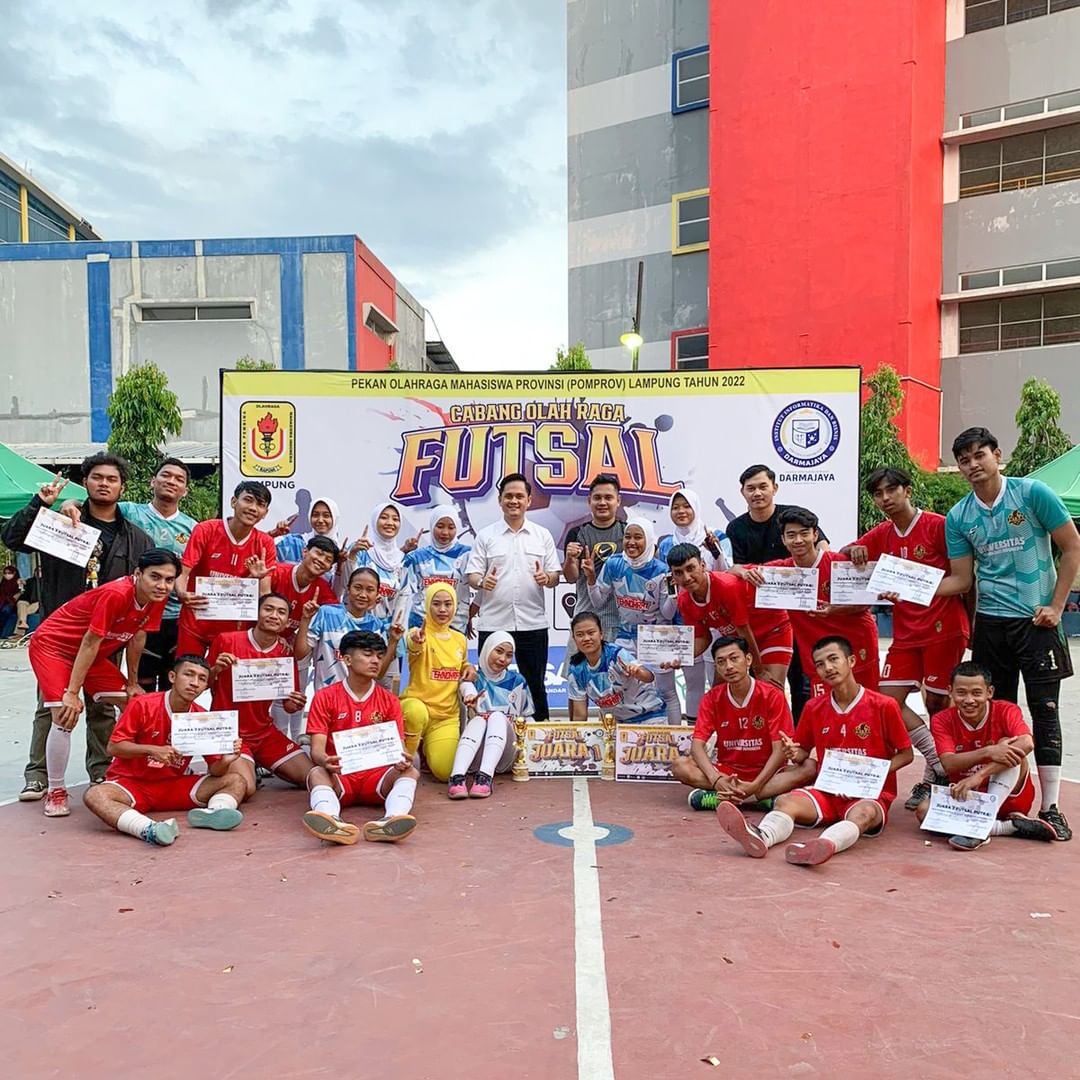 The women’s futsal team of Universitas Teknokrat Indonesia won first place in the Futsal branch at the 2022 Provincial Student Sports Week (Pomprov) which was held in IIBI Darmajaya. While the men’s futsal team won second place.

Because of this achievement, the futsal team will represent Lampung at the National Student Sports Week (Pomnas) in November 2022.

The Vice-Rector of the Universitas Teknokrat Indonesia, Dr. H Mahathir Muhammad S.E., M.M. is pleased with this achievement. Because both men’s and women’s futsal teams successfully penetrated the final round and achieved maximum achievements.

Mr. Mahathir advised the teams to train hard and represent Lampung at the National Student Sports (Pomnas), especially for the women’s futsal team which won first place. Mr. Mahathir also said that the campus did provide full support for all achievement sports.

This is a concrete form of campus support for sports coaching on campus. As well as being a support for Lampung sports for the sake of Lampung Glorious.

Mr. Mahathir said futsal is a popular branch besides football. Therefore, the campus pays extra attention so that the development of this sport is getting better.

Mr. Mahathir wants the achievements of this branch to be even better in the future. He is also reminded to always uphold sportsmanship in every match. Mr. Mahathir advised the Universitas Teknokrat Indonesia team to prepare themselves for other sporting events as soon as possible. This is for the sake of success and achieving better achievements than what has been obtained at Regional Student Sports Week (Teknokrat).