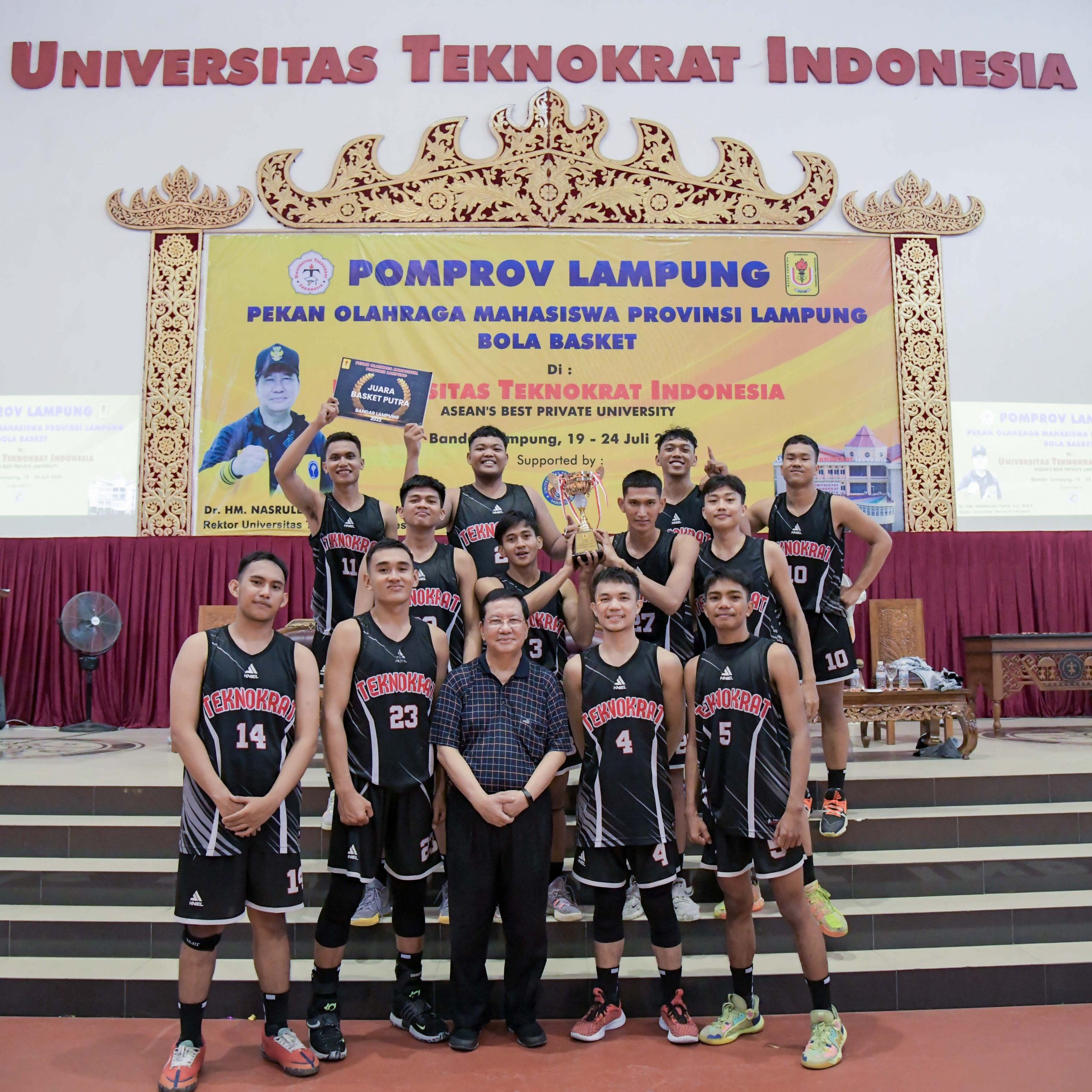 The official organizers of POMPROV are Bapomi and universities as the host implementers.

The Rector of the Universitas Teknokrat Indonesia, Dr. H.M. Nasrullah Yusuf MBA. said that as the host of the Basketball in the POM Lampung Province, of course, I am very proud because the game is carried out in a sporting manner by each team.

He also really hopes that this competition can provide enthusiasm and can also facilitate students in Lampung Province to increase their level of achievement in the field of sports.

Head of BAPOMI Lampung Province, Prof. Yulianto, MS. (Vice-Rector III UNILA) said that the Men’s Basketball Team from UTI would later be able to represent POM Province at the National level in Padang. So, he hopes that representatives from Lampung will be the best in the future.

He also expressed his gratitude to the UTI Campus, especially to the Rector who had facilitated the Student Center of the basketball court during the match.

He also said, POM Province is regularly held every 2 years, and BAPOMI Lampung is carried out to prepare contingents or athletes from Lampung to take part in the XVII National Student Sports Week (POMNAS) in West Sumatra with 14 sports.

Vice-Chancellor III of UTI for Student Affairs, whose Chair is also Head of the Lampung Province Student Sports Development Agency (BAPOMI), Muhammad Najib Dwi Satria, MT. Vice-Rector III UTI added, that the entire process of the competition went smoothly. He added that this was one of the series of POM in Lampung Province organized by BAKOMI, UTI was honored as the host of the Basketball match.

The POM event this time, he said, was attended by as many as 8 universities consisting of 5 men’s teams from UTI, UIN RIL, UNILA, POLINELA, and ITERA, while Women’s Basketball Teams are from the UBL, ITERA, and UTI.

Meanwhile, one of the first-place winners from the UTI Basketball Team, Roby Bentar, stated that all the opposing teams he faced with his colleagues were very difficult to beat because each of them had a very good quality of play. He admitted that the toughest opponent during the match was in the final against the UNILA Basketball Team.

Even though it was difficult, the struggle and good teamwork were finally able to overthrow the UNILA Basketball Team with a score of 61-41. In the future, facing POM province in Padang is determined to improve the quality and time of training.

Vice-Rector, Dr. H. Mahathir Muhammad, SE. MM. conveyed that he was proud of the 1st place achievement that the UTI men’s basketball team had achieved, hopefully, the National Championship in Padang-West Sumatra will be the best as a Champion. 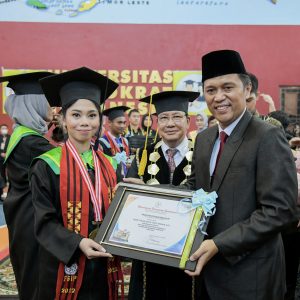