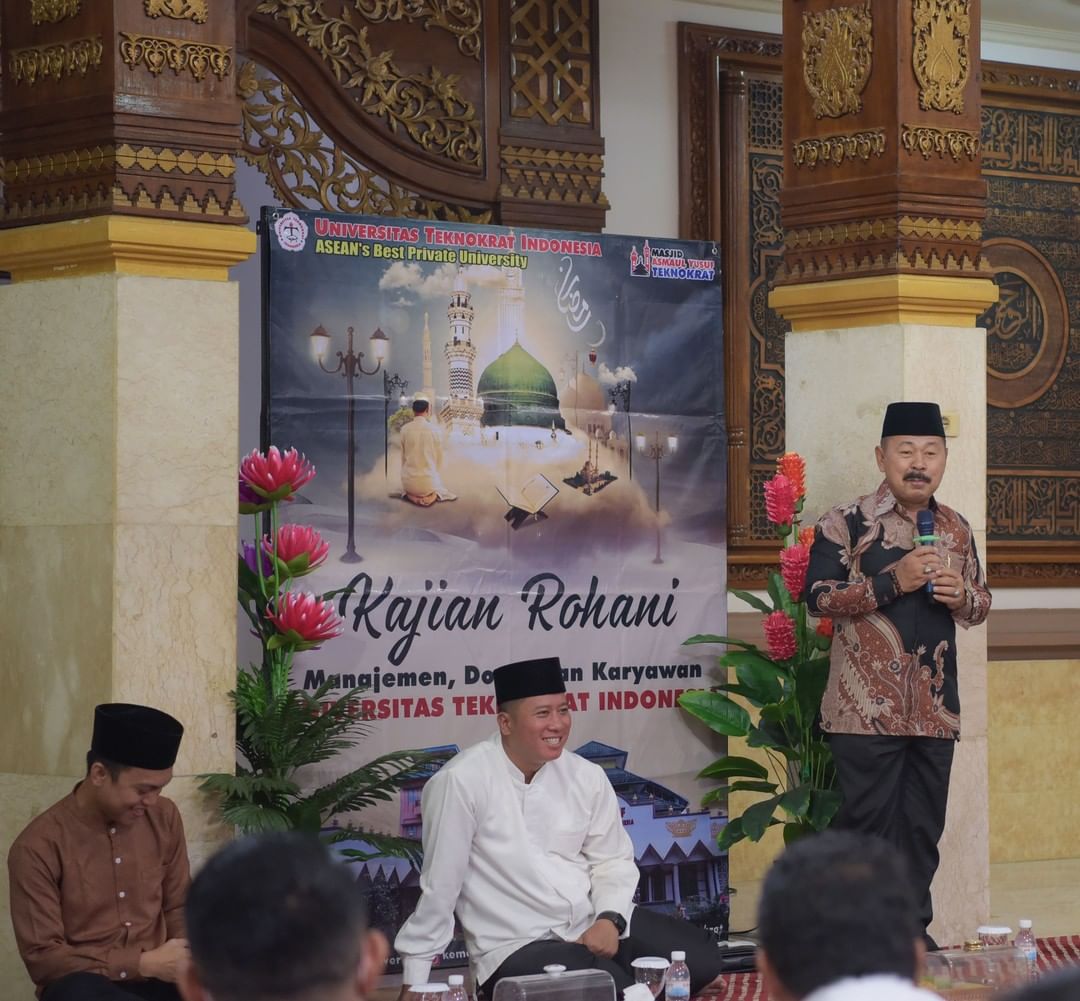 Lecturers and staff as well as students participated in this study. Vice-Rector, Dr. H. Mahathir Muhammad, S.E., M.M. gave a speech when opening the event. Mr. Mahathir said this study is important to fill our spirit. This study, he said, could also charge faith and piety. In addition, it strengthens the relationship between the big family of Universitas Teknokrat Indonesia. Mr. Mahathir thanked Mr. Ahmad Yani for being willing to attend and give a lecture.

Mr. Ahmad Yani said that the Prophet Muhammad was a person full of friendly faces and smiles. In fact, to those who do not believe and always hurt him, the Prophet still puts forward noble character. One of them is by smiling at each other.

Mr. Ahmad Yani explained noble character is the strength of Muslims. Because that is the difference. Therefore, he recommends that every Muslim maintain this noble character.

He also prayed that the big family of technocrats would be blessed by Allah SWT and would be more successful in the future.

Mr. Ahmad Yani said a big campus like this Universitas Teknokrat Indonesia is a mirror for the community. Therefore, he appreciates the many activities of religious studies as well as social services to the community.

“Hopefully, many will pray for this technocrat to be more successful and become the best in Lampung in the future,” he said.

Vice-Rector, Dr. H. Mahathir Muhammad, S.E., M.M. said that what the lecturer said should be practiced. Although it may be very simple, it will be useful in everyday life. (Teknokrat)