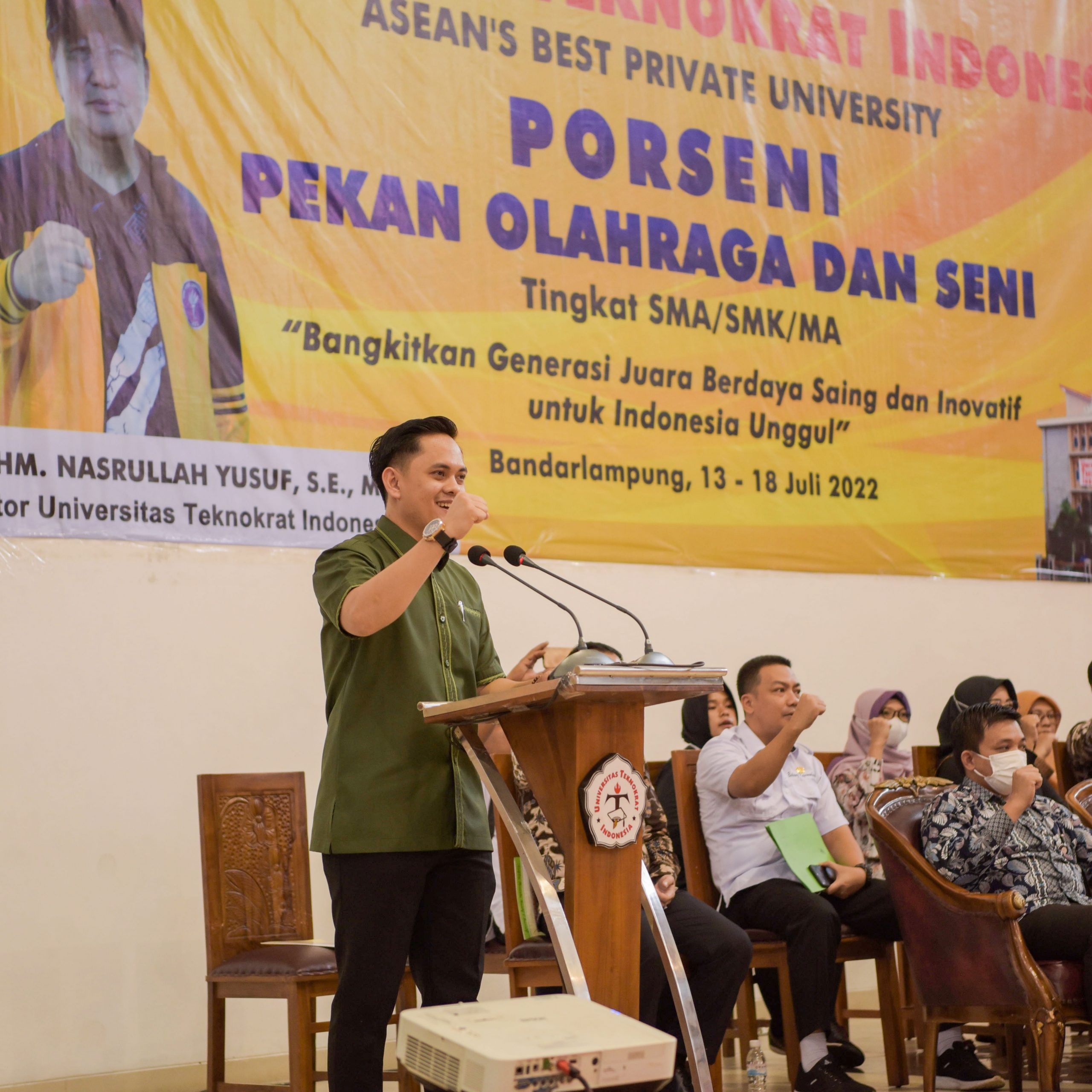 The Rector that is represented by the Vice-Rector for Student Affairs and Alumni, Mr. Muhammad Najib Dwi Satria, S.Kom, M.T., said the campus was grateful to be able to hold Porseni this time with the support of the Lampung Youth and Sports Office (DISPORA).

He said that PORSENI is useful for finding new talents in the world of sports and the arts. In particular, what are competed in Universitas Teknokrat Indonesia are futsal and e-sports.

He admitted that he was happy that there were 30 futsal teams and 20 e-sports teams that enlivened PORSENI. In addition to the two competitions, PORSENI is still competing for the branches of pop solo song, dangdut solo song, vocal group, acoustic, traditional dance, and modern dance. All events are carried out in a hybrid manner, namely a combination of offline and online.

He also believed that PORSENI could be a medium to show each participant’s abilities after almost two years of no event being held directly and which could be watched by the public.

He emphasized that Universitas Teknokrat Indonesia is always ready to cooperate with any party as long as they have the intention of advancing the nation, especially in the field of sports.

He explained that his party expressed his gratitude for the support of many parties. These include foundations, lecturers, and students. The Chancellor hopes that PORSENI will be smooth and successful.

He also expressed his special thanks to the Acting Head of DISPORA Lampung, Descatama Paksi Moeda, who was present and officially opened this event.

Vice-Rector of the Universitas Teknokrat Indonesia, Dr. H. Mahathir Muhammad, SE, MM., appreciated the activities of the Sports and Arts Week (PORSENI). He also wished him good luck and continued to maintain his sportsmanship with a fair and honest attitude, acknowledging his weaknesses and shortcomings in front of his opponent or recognizing the opponent’s superiority. (Teknokrat)