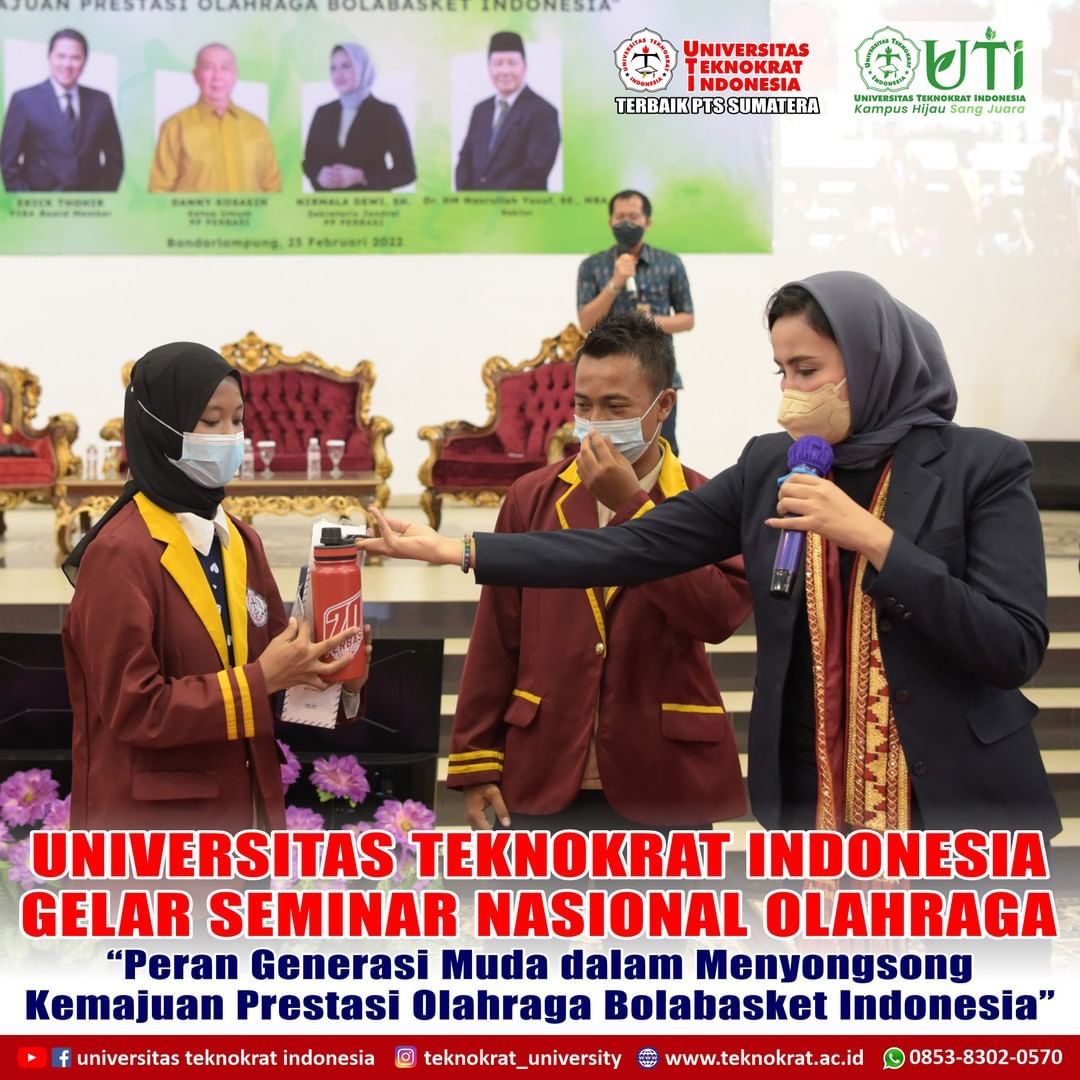 The National Seminar from the General Chairperson of indonesian basketball association took the theme “The Role of the Young Generation in Welcoming the Progress of Indonesian Basketball Sports Achievements”.

Perbasi Lampung must immediately make a competition for our young players, that’s my hope,” Danny said, while giving a statement at the Teknokrat campus, Friday (25/2/2022).

Meanwhile the Secretary General of PP Perbasi Nirmala Dewi said that in order to encourage basketball athletes in Lampung, especially at the Teknokrat campus, it must be supported by good infrastructure.

“We’ll see, if the infrastructure is good like this, the field is indoor and the campus supports it, it should be able to produce basketball players with potential from here,” he explained.

Dewi also admitted that she would try to arrange a time to meet with the regional head to support basketball athletes in Lampung. “Hopefully we can encourage Bandar Lampung to have a basketball venue with national standards,” he said.

Regarding the implementation of events during the pandemic, you must follow the regulations of the local Covid-19 Task Force. “If the red zone is not held first, if it is green, a competition can be held,” he said.

Rector of the Teknokrat Indonesia University

Rector of the Teknokrat Indonesia University Dr. HM. Nasrullah Yusuf, SE. MBA., represented by Vice Rector III for Student Affairs Muhammad Najib Dwi Satria, S.Kom., MT, expressed his gratitude to the General Chairperson of PB PERBASI and the Secretary General of PERBASI who attended this seminar and hoped to be a trigger and encouragement for students to excel at the Teknokrat Indonesia University.

In this National Seminar, Teknokrat Indonesia University was the first campus to receive a basketball which was directly signed by the Minister of SOEs, Erick Thohir. (Teknokrat)