STUDENTS OF UNIVERSITAS TEKNOKRAT INDONESIA GET THE NATIONAL CHAMPIONS 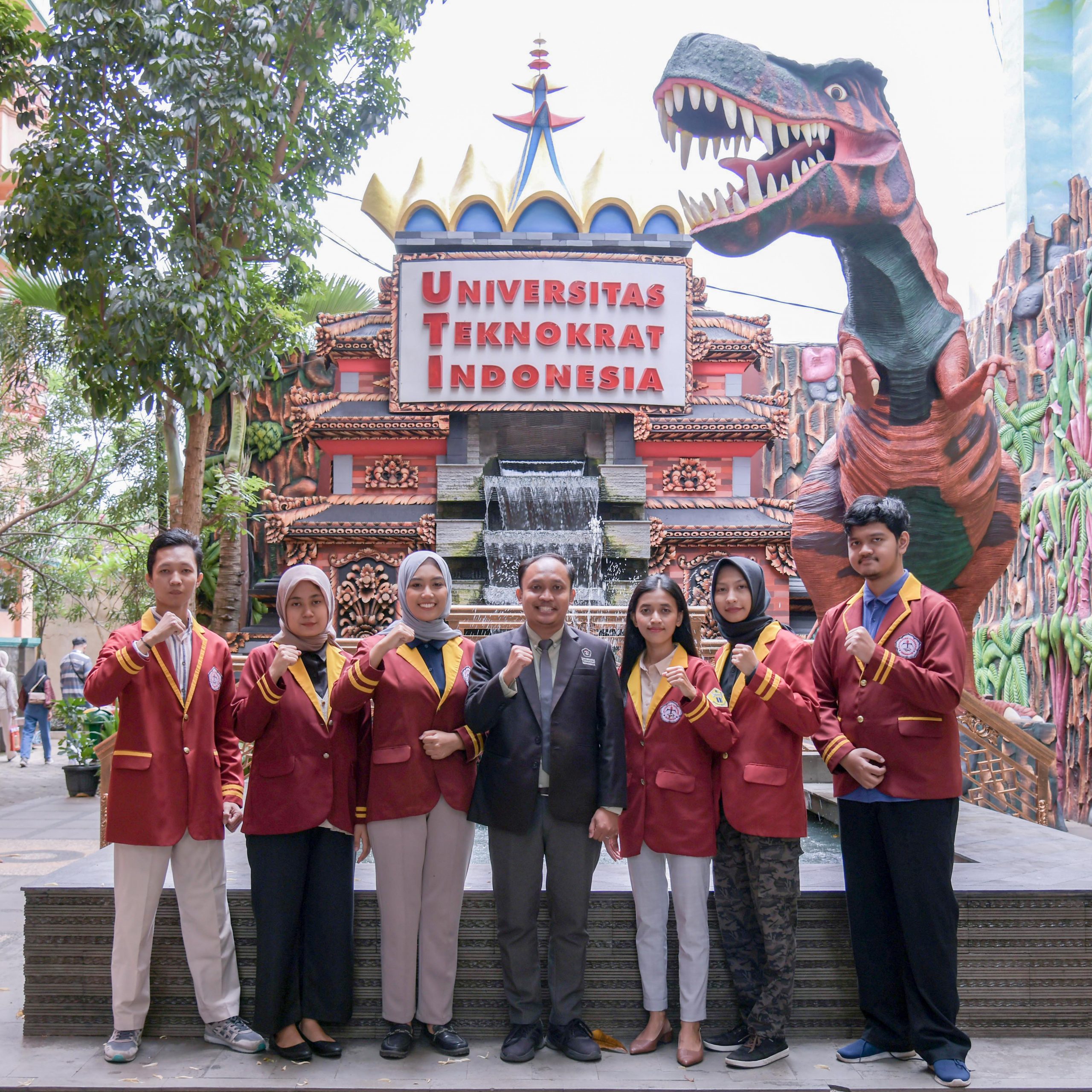 ASEAN’s best private university won an achievement in the national level English competition. This time, the Teknokrat English Club (TEC) Student Activity Unit (UKM) won the Economics English Club in Action (EIA) 2022 competition. EIA is an annual English language competition organized by the Faculty of Economics and Business, University of Lampung.
In the Essay Writing branch, two students of Universitas Teknokrat Indonesia won this competition. Rifka Puspawarni (English Literature 2019) as the 1st place winner with the theme SUPERPAL (Supplementary Learning Provision Alternative) in rural areas. This idea discusses the need for additional sources of learning activities that can be mentored by high school students and college students to maximize the absorption of learning materials in schools. The second was Rekhsa Ramdani Azzahra (English Literature 2019) as the third winner who raised the theme of the importance of strengthening village-level financial literacy so that rural communities can manage finances and prepare financial reserves for various future needs such as children’s education funds.

In the speech branch, Shavina Lestiani (English Literature 2020) came out as the 1st place winner. In the top 10, Shavina chose the theme of green and inclusive transport system. In the final round, Shavina brought the topic of preparing the younger generation as part of global civilization. Shavina explained the phenomenon of the current generation of social media which seems to be complaining, instant, and not responding to actual issues even though we are faced with an economic recession, international trade where the current generation needs to have the skills suggested by the World Economy Forum. Shavina previously won the first speech at the Telkom Annual Contest of English Society (TACES) 2022 and is currently pioneering a social project on gender equality, especially women’s empowerment activities.
Not only in the essay and speech branches, in the debate branch, Universitas Teknokrat Indonesia team won 2nd place in the Novice Category on behalf of Abraham Julius Setiardhi (English Education 2020) and Edho Anggara (English Literature 2020). In addition, Andres Puspita (English Education 2020) received a side achievement as the 10th Novice Best Speaker.

“Alhamdulillah, this achievement is much improved from the previous year. This competition is very competitive, but the cooperation of the members is going very well. Some have made it to the semifinals and some have won. So after proceeding and not succeeding in the previous competition, this competition is their effort that has paid off. This cannot be separated from the support from Universitas Teknokrat Indonesia Student Affairs for English language competitions,” said Suprayogi, M.Hum. TEC SME supervisor.
Vice Rector of Universitas Teknokrat Indonesia Dr. H. Mahathir Muhammad, SE., MM. Congratulations to the students who won the championship, hopefully, the best achievements will always be maintained.