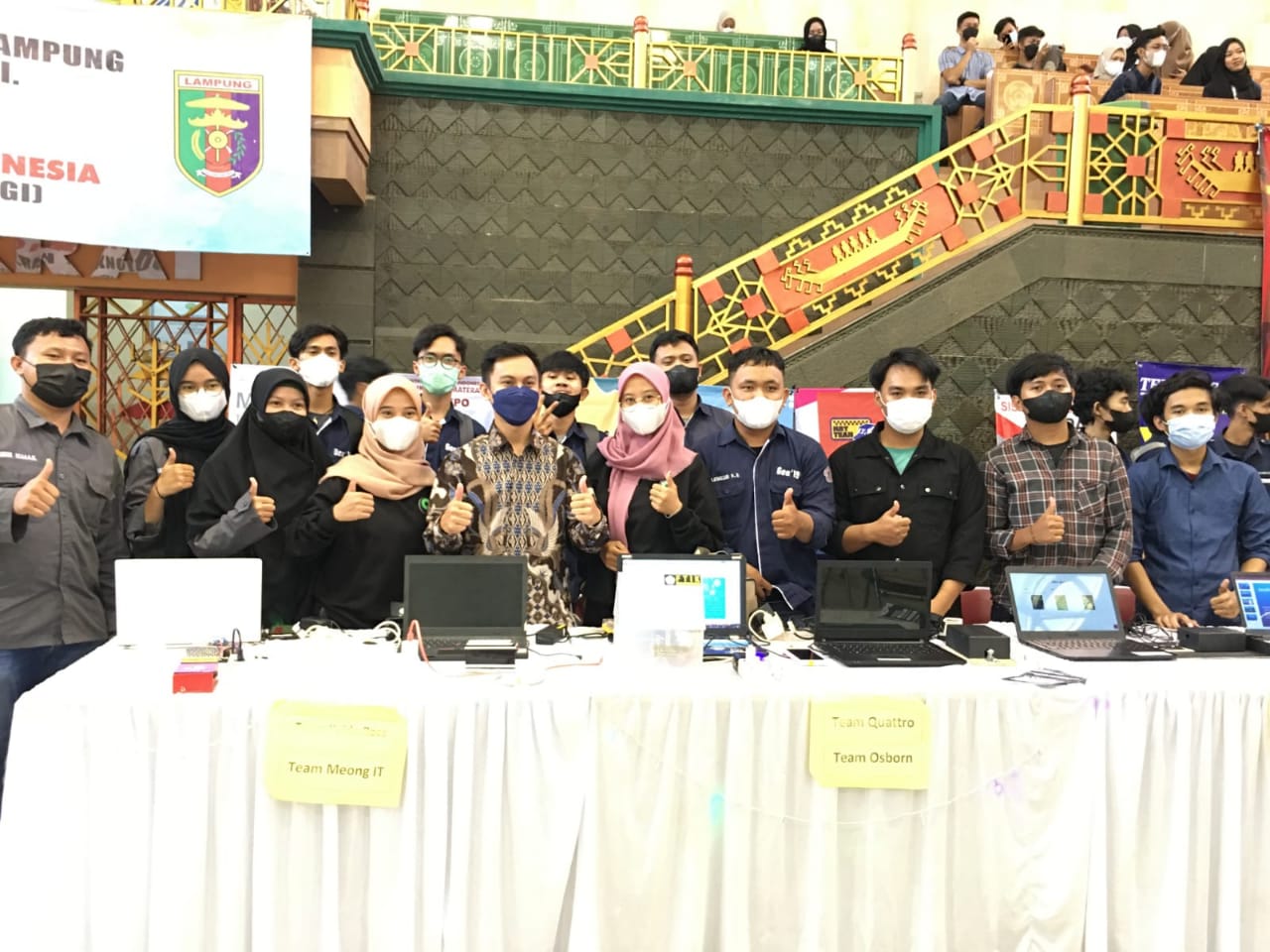 The innovation of the S1 Computer Engineering Student at the Indonesian Technocrat University FTIK has been displayed in the EXPO series of FTIK Universitas Teknokrat Indonesia at the end of January 2022, the students with this extraordinary innovation present many variations of smart locks and smart electrical terminals which are the output of Appropriate Technology from the course Visual Programming which is supervised by a Lecturer at the Indonesian Technocrat University.

The variety of smart locks and smart electrical terminals that have been produced has many advantages, ranging from ease of installation of tools to control of tools that are tailored to the needs of the community, all devices can be connected to a wireless network that is connected to the internet network.

S1 Computer Engineering Study Program  FTIK Universitas Teknokrat Indonesia which focuses on IoT never fails to present innovative ideas related to the Internet of Things. With the hope that in the future Computer Engineering at the Indonesian Technocrat University will become a major that will bring the development of IoT in Indonesia.

The tools made by students of the Indonesian Technocrat University are worthy of being marketed to the public. Later the campus, which is under the leadership of LPIK (Institute for Innovation and Entrepreneurship Development) will collaborate with students to be able to introduce products produced by S1 Computer Engineering students, FTIK Universitas Teknocrat Indonesia so that the technology produced by students can be useful in real life, conveyed by Head of S1 Computer Engineering Study Program Styawati, M.Cs.

The Smart Lock presented by S1 Computer Engineering students, FTIK Universitas Teknokrat Indonesia, has several interesting functions, for example, those developed by the Quattro team have the ability to be installed on various doors, from cabinets, windows to bedroom doors. The smart electrical terminal presented by the Meong_IT team besides having the convenience of changing cables “plug and play” can also be used to turn it off and on remotely, for example if we forget to turn off the air conditioner at home, said the lecturer.

This innovation was made by the S1 Computer Engineering Student Team, FTIK Universitas Teknokrat Indonesia, as for the names of the students as follows Indra Kurniawan,

From the EXPO FTIK Universitas Teknocrat Indonesia, we got a team with the best tools using the best application to be selected as the Champion, the first winner was won by the Kaido Race team, which with its unique application can amaze the jury. The second place was won by Meong_IT and the third place was the Quattro team.