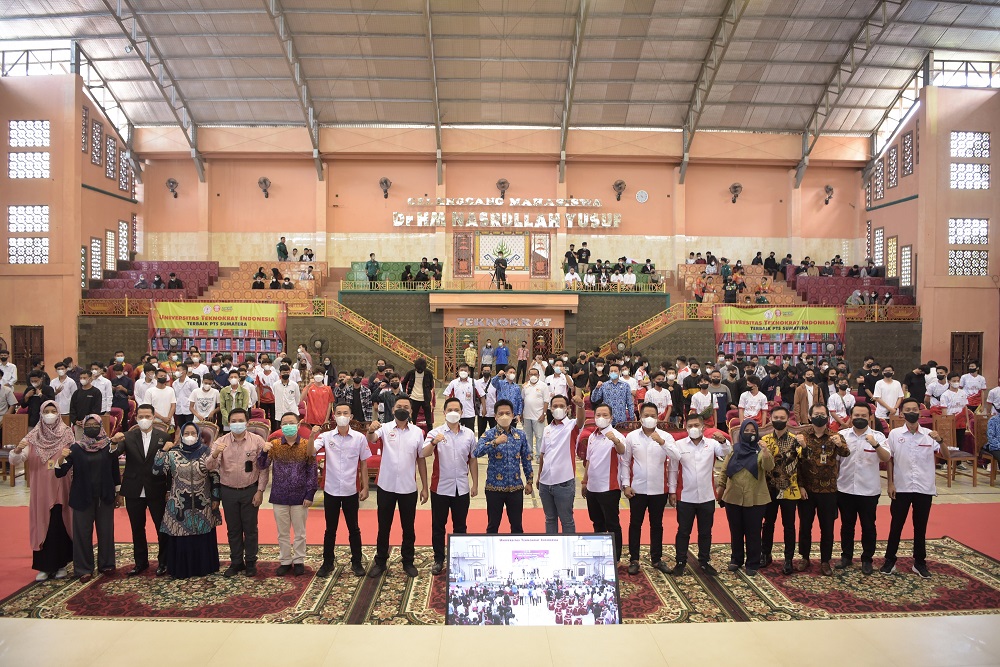 The Youth and Sports Office of Lampung Province and Esports Indonesia Lampung held the Governor’s Cup electronic sports championship at Universitas Teknokrat Indonesia Student Center. The activity was opened by the Governor of Lampung, represented by Plt. Head of the Youth and Sports Service Descatama Paksi Moeda, ST, MM, and was also attended by the General Chair represented by the Daily Chair of ESI Lampung Iqbal Ardiansah, S.Si., MM.

In his speech, Descatama explained

According to him, the gaming industry, which was previously just a hobby, has now become an organized professional sport. “In order to commemorate the 58th Anniversary of Lampung Province with the theme Rise Together for a Glorious Lampung, the Provincial Government and E-Sports Indonesia administrators held a championship which was attended by around 1,320 participants,” he said, Thursday, March 17, 2022. According to him, the tournament is a part of a number of governor’s missions, namely to restore Lampung’s glory in the world of sports.

The Chairperson of ESI Lampung, represented by the Daily Chair, Iqbal Ardiansyah, said that this championship was proof that ESI could also participate in celebrating the 58th Anniversary of Lampung Province.

“This is a form of commitment from the Lampung Provincial Government and ESI Lampung to develop the E-Sport ecosystem in Lampung Province,” said Iqbal.

According to him, Teknokrat are ready to collaborate with the government and related parties to improve athletes’ achievements to the world level. This is evident from the achievements of the e-sports team who won the national 2nd place in the E-Sport Mobile Legends sport at the CBC Championship Mobile Legends Bang-bang Division held by Telkom University, Bandung.

One of the participants in the 2022 Lampung Governor’s Cup E-Sport, Agit Fadillah, said that e-sports has now become an inseparable part of the lives of young people. Millennials’ interest in electronic sports. The support of the educational environment, including campuses, in e-sports is a plus as well as a special attraction for students in choosing a college that accommodates the interests and talents of their students.

“E-sport is a hobby that eventually becomes a skill that hones the talent and potential of the younger generation in Lampung so that they can penetrate nationally and even internationally,” said the PUBG competition participant. He appreciated Asean’s best Private University Universitas Teknokrat Indonesia which was considered to give great attention to e-sports and fostering the interests and talents of students. (*)