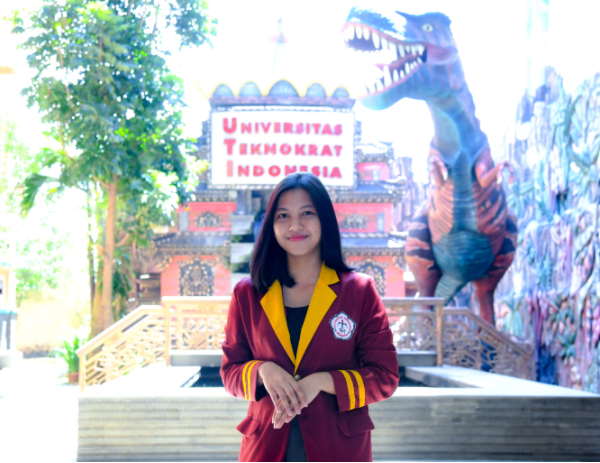 Deputy Chancellor I of the Universitas Teknokrat Indonesia Dr H Mahathir Muhammad SE MM appreciated the achievements of Ester. According to him, Esther’s achievements are very proud. Considering that the event was attended by representatives of campuses throughout Indonesia.

Ester, he continued, has also brought the name of Lampung in the national arena. Therefore, continued Mahathir, he wanted Ester to continue to improve her vocal skills. One of them is by participating in other vocal events. Ester’s achievements, he continued, could be an example for other students and UTI will continue to provide opportunities for students to develop their potential.

Mahathir also hopes that Ester will continue to improve her singing quality. He wanted his student to be able to participate in all singing competitions in Indonesia. “In principle, we will fully support all UTI student activities that have positive values,” Mahathir concluded.