Ever Heard of Augmented Reality? What is it and what are Examples?

What is Augmented Reality?

How did you begin to understand? So, in essence, augmented reality or AR is a technology that allows the use of computer webcams, cameras, and special glasses to enter information into the virtual world and display it in the real world.

As discussed earlier, AR can be displayed on a variety of devices, including mobile phones, special glasses, cameras, screens, and webcams. This device acts as an output device. Why the output device? Because it presents information in the form of videos, images, animations, and 3D models for use. So users can see the results in both artificial and natural light. Augmented reality, or AR, uses Simultaneous Localization and Mapping (SLAM) technology, sensors, and depth meters. For example, collecting sensor data to determine a location or calculating the distance from a previous location to a destination.

These sensors and cameras are used to collect shared information data from users and send them for processing. Your phone’s camera can explore the environment and incoming data, find physical objects, and create 3D objects.

You need to know the projection of one of the AR components. This component belongs to a small projector. For example, some kind of AR headset. The device receives information from sensors and projects computerized content onto the display surface. However, in practice the use of this component is not fully designed for use on the device.

Some AR devices have mirrors to help the human eye see the image virtually. Cool isn’t it? Yes because some of them have a mini-mirror that bends and some have a double-sided mirror. Serves to reflect light to the camera and into the user’s eyes. The goal based on the reflection method is to create perfect and accurate image settings.

AR comes in several types and methods depending on the application. Below you will find descriptions of the different types or types of augmented reality technology.

Some people call it image recognition. This is because this type of AR requires special visuals and a camera to scan it. Visuals can take any form, from printed QR codes to special characters. This augmented reality device also calculates the position and orientation of markers for placing content. Thus, the marker displays a digital animation that can be viewed by the user.

This type led to the widespread use of augmented reality. Markerless AR uses the device’s built-in GPS technology, speedometer, digital compass, and accelerometer to provide location-based data. The markerless augmented reality technology of the smartphone has a location function. This type is usually used to display directions and mobile applications with location based.

What games use this technology? Yes! Pokemon Go! There are still people who do it hehe. This game has its own charm, with the concept of combining your favorite Pokemon characters with the real world. I felt like I was in the Pokemon world. I was so busy looking for Pokemon that I hit a wall while playing with my friends lol. Other games that use Augmented Reality (AR) technology are Jurassic Park, Harry Potter, and many more.

It’s not complete without discussing social media. One of the augmented reality features that we often use is Instagram. Yes that’s right. Of course, filters can be used by almost anyone, because there are filters that are interesting and fun. This filter is created using Augmented reality (AR) as a 3D object and artificial intelligence (AI) technology as a logic. 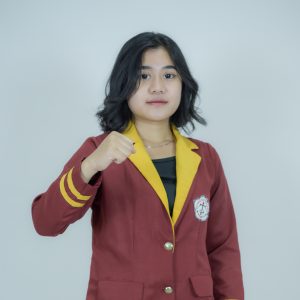 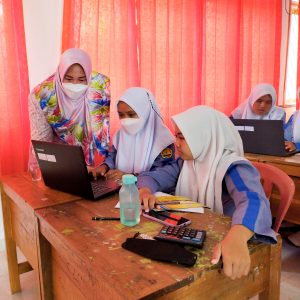 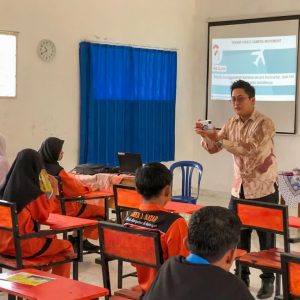