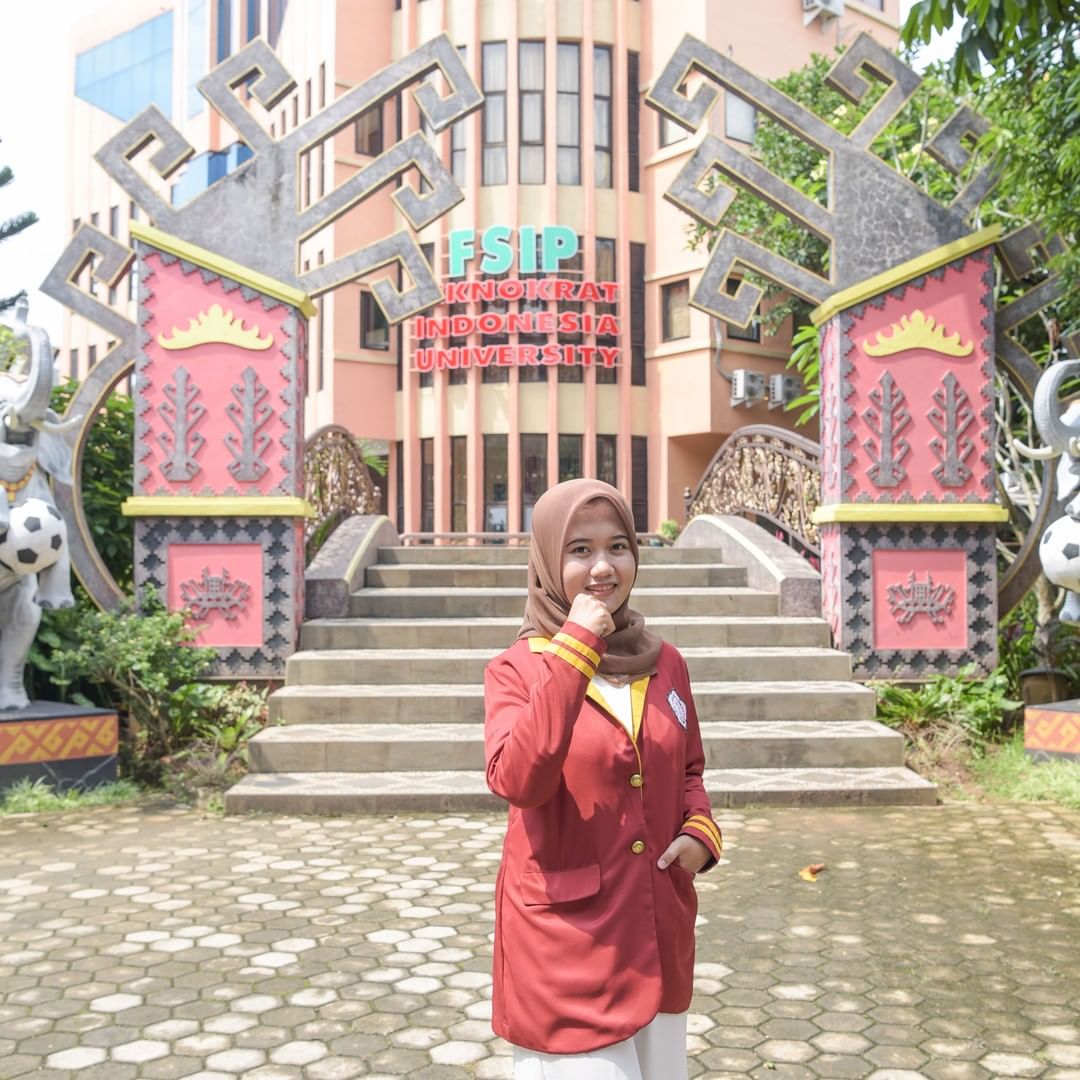 Student of ASEAN’s best private university, Universitas Teknokrat Indonesia (UTI), Sufi Marhamah, English Language Education Study Program student at Universitas Teknokrat Indonesia (UTI) won 1st place in the News Presenter Competition organized by Ahmad Dahlan University Television (UAD) Yogyakarta.
In this competition, Sufi came out as the champion after defeating other participants from Universitas Sriwijaya, Universitas Sumatra Utara, Universitas Ahmad Dahlan, Universitas Sangga Buana, Universitas MNC and others.
The competition was held from April 24 to May 17, 2022, where participants collect video recordings with Indonesian news scripts prepared by the committee.
Assessment includes news reading skills, appearance, and creativity in editing. Sufi appears confident with intonation that matches the news content. On June 19, the committee announced the winners via live streaming on the youtube channel.
Sufi is a student of the English Literature Study Program of UTI in semester 6 or batch 2019. Shee is active in the Teknokrat English Club (TEC), a student activity Unit in the newscasting division. She is also the President of UKM TEC in 2021.
Sufi has excelled in previous competitions such as first place in English newscasting in the English Olympics organized by the Politeknik Negeri Ujung Pandang in 2021 and the quarterfinalist of the Asian English Olympics in 2021.
Sufi said she was satisfied and proud of this achievement. The competition that is often followed by her is the English language competition, but this time the competition is in the Indonesian language.
“This achievement is part of the target to become an outstanding student this year by winning the competition that I participated in,” she said in a press release received by UTI, Thursday, 23 June 2022.
Suprayogi, S.S., M. Hum. as the Advisor for UKM TEC said that this achievement is part of student development.
Besides that, this achievement also strengthens the image of UKM TEC as a UKM that focuses on public speaking which is outstanding, and productive, and produces students who can have journalistic skills.
Vice-Rector of Universitas Teknokrat Indonesia, Dr. H. Mahathir Muhammad, S.E., M.M., appreciates the Sufi’s achievement. He also congratulated her. “This is good news that must be shared so that it becomes a motivation for other students and is the beginning in preparing graduates to face the Era of Society 5.0,” he said. (Teknokrat)